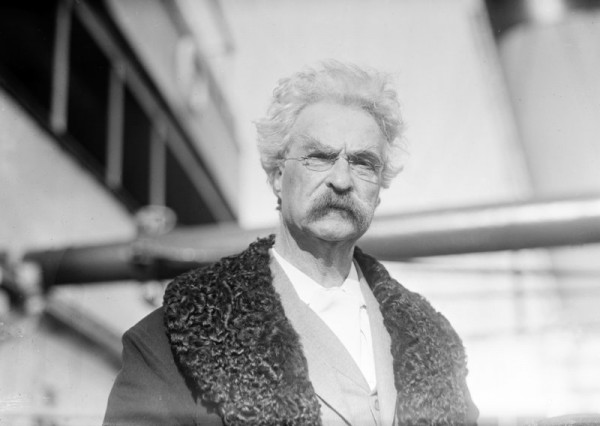 The new theory on “Mark Twain”.

In the 150 years Samuel Clemens has been better known as Mark Twain, journalists, scholars, and even bartenders have offered competing theories as to where America’s first signature wit acquired his nom de plume. According to Twain, his pen name once belonged to a Mississippi riverboat captain, and he merely “laid violent hands upon it.” Newspapers at the time however claimed he earned his alias drinking at a one-bit saloon in Virginia City, Nevada. Both stories fit the author’s roguish persona. Both recall his bio. But neither has stood up to scholarly investigation, and the truth has been elusive until perhaps now. In the new issue of the Mark Twain Journal, a rare book dealer presents his discovery of an 1861 magazine sketch that offers the first fact-based theory on “Mark Twain”; it suggests Clemens found his pseudonym in a popular humor journal, then invented the riverboat story to promote his Missouri roots. A slightly unromantic, yet nonetheless redolent theory, it summons a lesser-known part of Twain’s personal character: his proven cunning in respect to his brand.