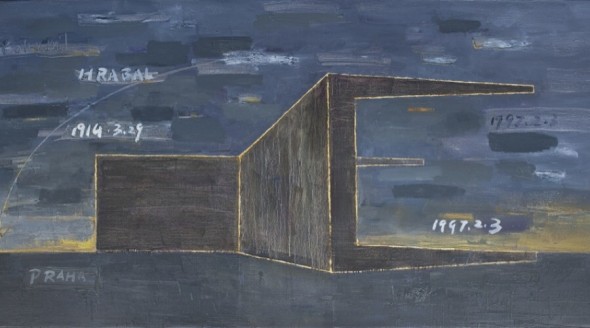 I drove back to the university the next morning and thought about my dream of the Gothic cathedral as a vast memory theatre. The medieval love of the figurative, the dramatic and rage grotesque was not, then, evidence of either some tortured sexual repression, as we moderns arrogantly assumed but is simply a powerful and vivid aid to recollection. Before the Reformation and the rise of literacy, image rather than print was the privileged means of religious instruction. The seemingly wild imaginings of the Gothic cathedral were simply concrete ways of shaping the entirety of time, from creation to redemption, as an aid to recollection and reflection. In a cathedral, time became space, fixed in location, embodied in stone. It was a vast time capsule. Decline from Gutenberg onwards. Fuck the Reformation.

But wasn’t this also true of everything, even the shipping forecast? Might not the space of a town or a city be seen as a memory theatre? One walks or moves in a citym Bloom-like, and somehow the entirety of the past is silently whispering through locations – ghostly and sepulchral. Like a huge question mark. And implicitly that story becomes one about the future as well. The city is a spatial network of memory traces, but also a vast predictive machine.