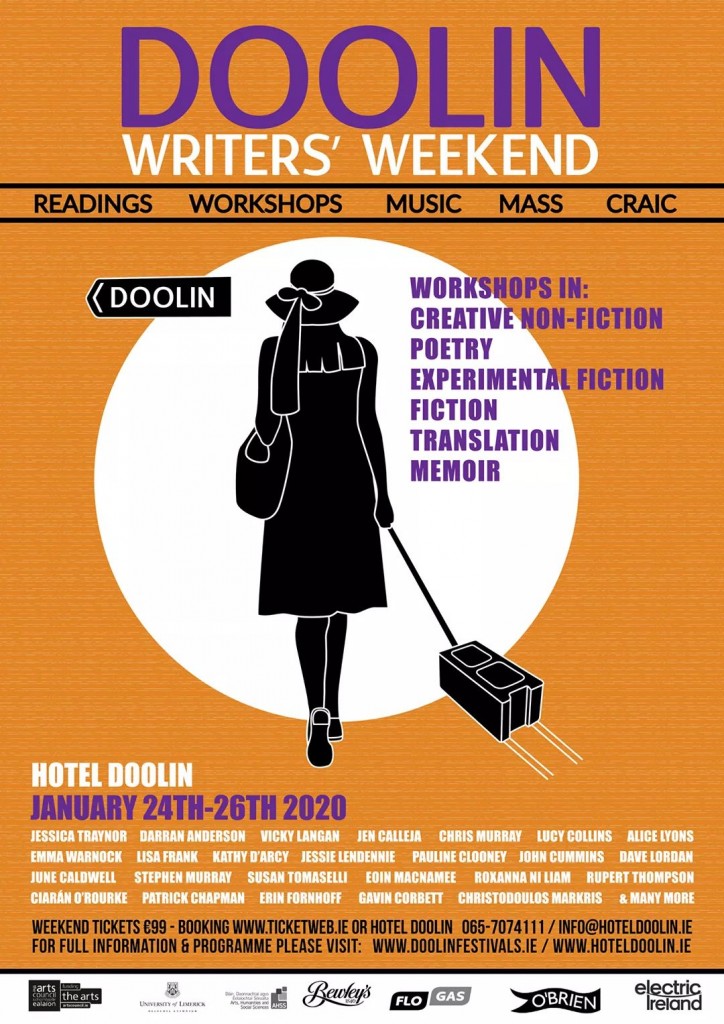 I was privileged to be the guest curator at the 9th annual Doolin Writers’ Weekend, which took place at Hotel Doolin, Co. Clare, 24-26th January 2020. Tired of the emphasis in festivals (usually) being on newness, or being led by publishing schedules, I decided, with full support from hotel manager and Writers’ Weekend organiser Dónal Minihan, to shift the focus to more experimental practices, to programme emerging artists and more marginalised writers. I called my introductory speech ‘Two Forks in the Path,’ and it went something like this:

I remember very little from my schooldays, but what I do remember was the bristling excitement felt by my English class the day the teacher read us that poem by Robert Frost. You should know the one: ‘Two roads diverged in a yellow wood, / And sorry I could not travel both / And be one traveler, long I stood / And looked down one as far as I could / To where it bent in the undergrowth; / Then took the other…’ Teacher had us read it closely, explaining that it was to make us think about choices in life, whether to go with the mainstream or go it alone.

It’s quite the permission-giver that poem, and I thought of it again when I read an essay by Zadie Smith that, at the time, made ‘our ailing literary culture’ sit up and pay attention. Like the poem, she traced two distinct paths for the novel: 1/ realistic fiction that represented the excesses, the exhaustion of a type of writing that ‘has had freedom of the highway for some time now,’ and 2/ an experimental type of writing, that might ‘shake the novel out of its present complacency. It clears away a little of the dead wood, offering a glimpse of an alternate road down which the novel might, with difficulty, travel forward.’

More than a decade on from Zadie’s essay, and how are we faring? I’d say not too badly. We have independent presses that are flourishing, literary journals that stand as beacons to risk-taking. My only concern is that I sometimes worry the ‘enemy’ to be rebelled against today is not the particular ‘form’ of storytelling, rather a mainstream publishing industry that is a mere arm of the publicity industry, where writing is, and by extension writers are, reduced to binary ‘supermarket’ choices. But if we read widely, with abandon, and promiscuously, we’ll be fine.

And as long as festivals like Doolin Writers’ Weekend exist, we’ll do even better. This programme is designed to challenge as well as satisfy. We’re featuring writers who are pushing boundaries, tackling hybrid forms, creating modes of writing that don’t quite fit under neat labels. We have workshops that concentrate on place, translation, and experimental (that tricky word again) poetics; an artisit-in-residence who’ll be extracting sounds from deep inside the nearby Doolin caves. We’ve asked ourselves what are literary festivals really for, and who are they aimed at? We hope you enjoy our response.

’…Two roads diverged in a wood, and I—/ I took the one less traveled by, / And that has made all the difference.’

This was, of course, a lie: I was never taught Frost in school, it was Wordsworth. But this is the beauty of storytelling: you get to make stuff up.

This is also the beauty of curating a literary festival: it’s like fantasy football scouting. And so I got to choose writers I’d long admired (Rupert Thomson, Eoin McNamee), and place them alongside emerging voices (Ellen Dillon, Jen Calleja, Roxanna Nic Liam), and experimental writers (Gavin Corbett, Christodoulos Makris, Alice Lyons). Not content on sticking to literature, and keen to merge disciplines, I instated an inaugural artist-in-residence, Vicky Langan, who gave two performances over the weekend, a DJ set of avant-garde music and a sound art performance using ambient noise from the local Doolin Caves. 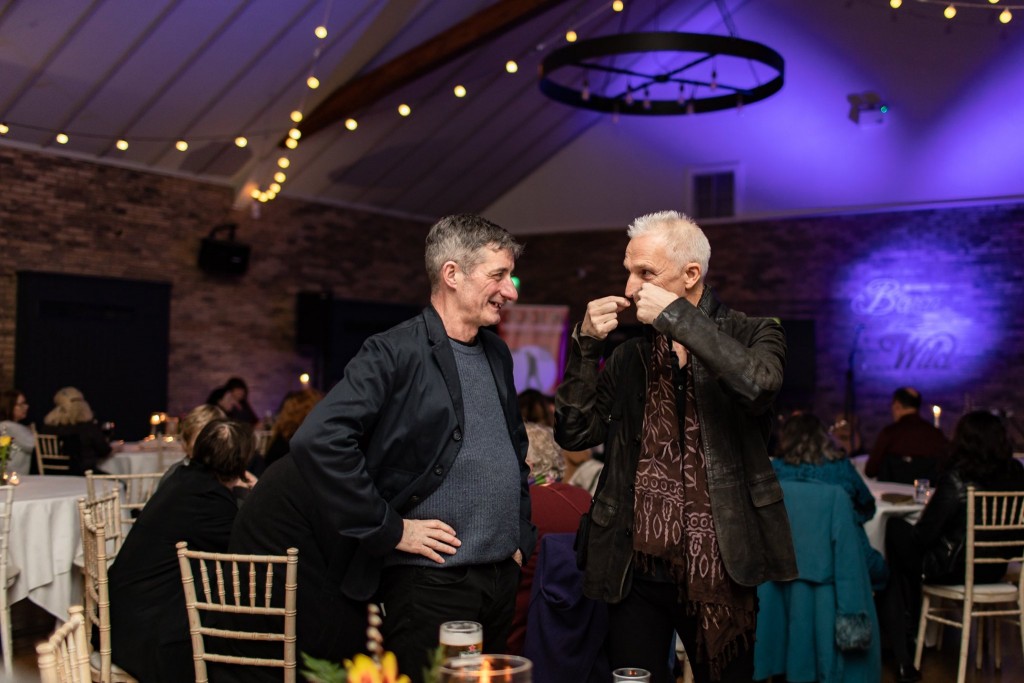 Eoin McNamee, who went on RTE Arena to explain texture and observation in storytelling to Sean Rocks ahead of the Festival, gave a seminar: ‘The Unlearned: mechanics and esoterics in the wastelands of telling;’ Jen Calleja on translation for those who only have one language; Christodoulos Makris on sampling in writing; Alice Lyons on pinning down a place; Gavin Corbett on playing god; Pauline Clooney on memoir; Rob Doyle on creative non-fiction.

Wanting to continue a much needed conversation started by Fired! Irish Women Poets, a Women in Publishing seminar led by poets Chris Murray and Kathy D’Arcy, publishers Emma Warnock (No Alibis Press), Lisa Frank (Doire Press) and Jessie Lendennie (Salmon Poetry), and expertly chaired by Lucy Collins, tackled questions of access, of literary gatekeeping, as well as offering practical tips on how to get published. It’s a conversation that isn’t really over yet (more on this later).

I want to thank Writers’ Weekend for asking me to curate, thanks too to all the brilliant artists and writers who participated in Doolin Writers’ Weekend, and an especially massive thanks to everyone who came to listen and took part in workshops. 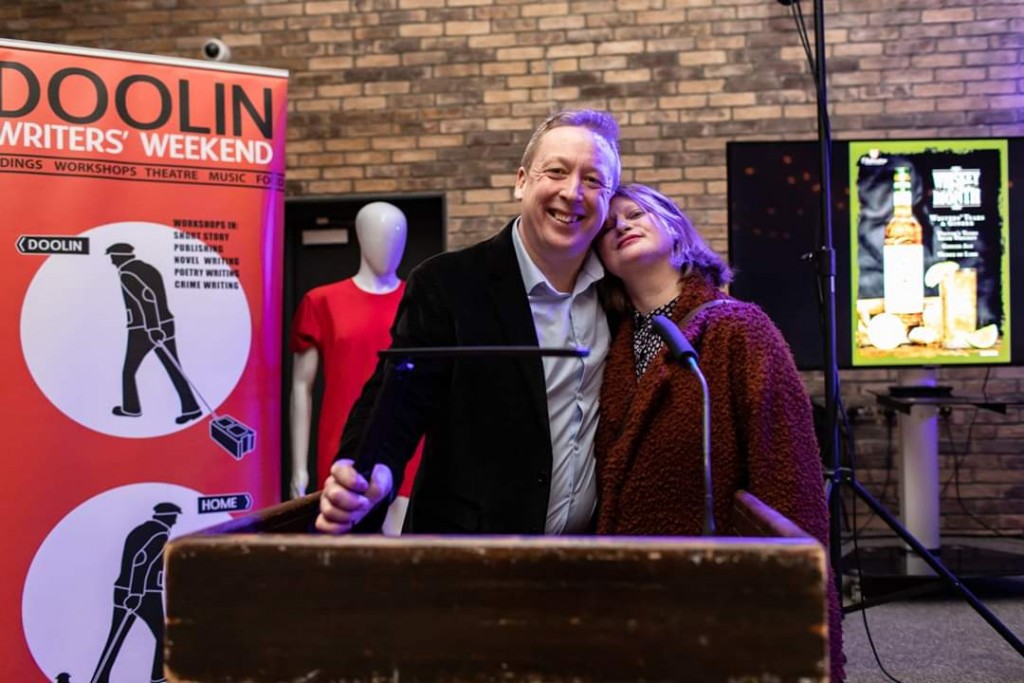 Doolin Writers Weekend fulfilled my longed-for wish of a lit festival that brings together 'worlds' under one barn roof (and raises it). + approaches / – camps… all quality; mucho fermento. Brava brilliant curatorial vision @STomaselli thanks @donalminihane @HotelDoolin

Infinite thanks to @STomaselli for inviting me to be the inaugural artist-in-residence at #doolinwritersweekend. I had a blast & was proud to share my work w/ such an open & attentive audience. Pictured is the cave shaft heard in the beginning of last night’s piece. 70 ft below. pic.twitter.com/BONB9GQgrF

Doolin is an annual shedding of a snakeskin

The Doolin Writers Weekend curated by @STomaselli was a trip. In a workshop I gave, readings from @SimonRetromania on The Smiths and Mark Fisher/k-punk on Burial served as stimulants to real-time written responses to music by Grouper, early Aphex Twin, Brian Eno pic.twitter.com/QWSVeF2KWK

It was particularly amazing this year, and I'm so glad to have been there. Thanks yourself

Thank you to our customers at #DoolinWritersWeekend. Everyone seems to have such a good time at this festival and come out of the workshops buzzing. It's a fabulous atmosphere. pic.twitter.com/rq8TkCoRPV