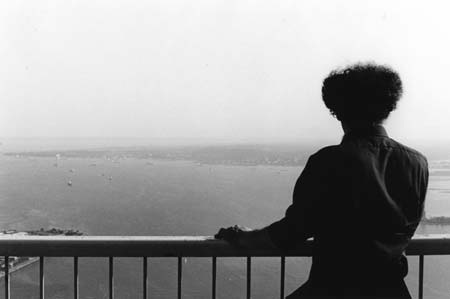 Georges Perec’s E-less book is not mere linguistic prestidigitation. While a number of early readers reportedly missed the absence of the E, missed the clue in the protagonist’s name, and did not read into the fact that Mr Vowl had “disappeared,” for those who do see the missing E, it begins to be all they see. Words are read one by one then double-checked. Incredulity mounts. The E that is nowhere in La Disparition turns out to be everywhere. Many talk about making absence present. Perec never talks about it. He does it.

Perec often said he never wanted to produce the same kind of written work more than once, and in formal terms he never did. How could you replicate an experiment like “Two Hundred and Forty-three Postcards in Real Color,” which arranges the basic elements of a holiday postcard (At the hotel, Lovely weather, Food is good, Loads of friends, Kissy-wissies, etc.) in 243 combinations? Or write a sequel to a novel like Things, a systematic accounting of all objects in the apartment of a young bourgeois couple? Or return to the form of the palindrome after having written two 500-word palindromes that, back-to-back, make a 1,000 word palindrome (the world’s longest), where the meaning of the first half of the message is reversed by the meaning of the second half?

Perec’s variety of form, however, can only temporarily distract the reader from his maniacal focus on one and only one subject: the void. Like its cosmological incarnation, the black hole, the void turns all light into darkness by taking in everything and making it into nothing. It is not satisfied until it brings the universe under its reign.