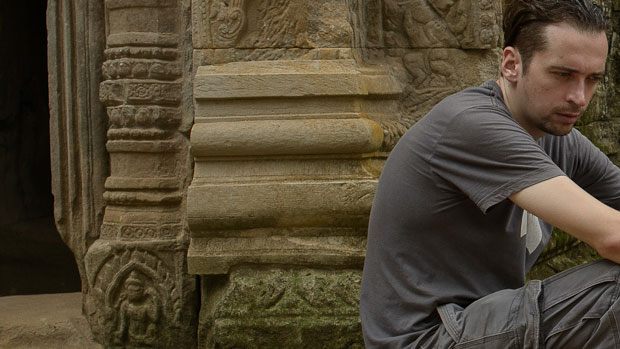 Fantômas, Lolita, cargo cults, poèts maudits, who better to tell a Serge Gainsbourg story than Darran Anderson? Whether it’s essays on memento mori, imaginary cities, the night, the Shipping Forecast or the literary nasty, if Darran keeps writing ‘em, we’ll continue to read. He is, as Lee Rourke says, one of our brightest minds. His essay for gorse is on the moderns and their literary and artistic antedcedents.

The Satyricon also casts a long shadow, partially on F. Scott Fitzgerald’s The Great Gatsby. The earlier tale of nouveau riche libertinage, the grotesqueries of wealth and the vapidity of status had such an effect on Fitzgerald’s work that he came close to naming the novel Trimalchio in West Egg (or Trimalchio or Gold-Hatted Gatsby) after one of its characters. If we take the lavish but haunted Gatsby as Trimalchio reincarnated it throws Fitzgerald’s book into a fascinating different light. Petronius’ character throws characteristically extravagant parties with live birds inside suckling pigs and indulges himself by rehearsing his own sumptuous funeral. His guests are trapped and have to escape from the festivities. If Gatsby is as much an example of the emptiness of the American Dream and the impossibility of striving for the impossible as Moby-Dick is, then Gatsby’s world is as much a prison for he and his guests as Trimalchio’s party. Is it a failure or an attempt to escape that defines the last trace of the Satryicon left in Fitzgerald’s novel? ‘It was when curiosity about Gatsby was at its highest that the lights in his house failed to go on one Saturday night – and, as obscurely as it began, his career as Trimalchio was over.’

Unfurling the allusions in the work of James Joyce would take a labyrinthine library but one identifiable strand linking him to the past is his feminism. Molly Bloom’s stream of consciousness monologue in Ulysses and the two washerwomen of Finnegans Wake recall Theocritus’ Idyll #15 in which the rambling apparently throwaway gossip hides profound truths (‘Trying took Troy’). There are wise cursory glances towards men (‘my lunatic’) but also a subversive depiction of freedom, community and covert power (‘My dear, women know everything’) below the male radar and before, and despite, fading away.