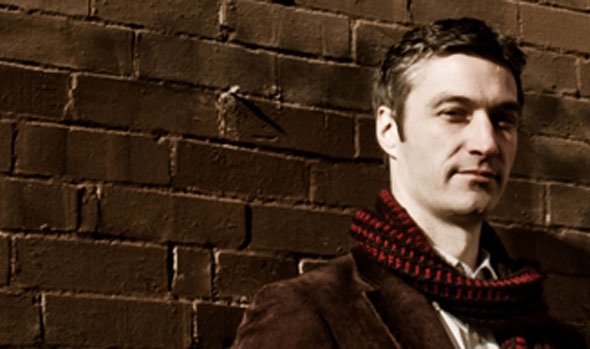 Matthew Jakubowski is an American short story writer, literary critic, and Asymptote editor. He has collaborated with sculptor Geoff Thompson on a piece for the group show, Impossible Books, which opens in Philadelphia this weekend. He is also the author of one of our favourite essays from last year, ‘Honest Work: an Experimental Review of an Experimental Translation’. For gorse, Matt contributes the story ‘Killing Off Ray Apada.’

‘Hey, were you at a 7-eleven playing guitar last Saturday? Half-naked?’

He stopped. ‘You’re the first person to say anything about that one. But you’re right. That bare-chested thing was cheap. Not my usual performance protocol at all.’

He smiled. I must’ve looked dubious.

‘No, really,’ he said, ‘I’m staging a bunch of emblematic public experiences right now. Have you heard of Pistoletto? The Italian artist who rolled a giant ball of newspaper through the streets of Turin in ‘68?’

Before I could speak he reached into his backpack and pulled out a sketch pad.

‘Look, this is my schematic for a contemporary update of the ball. It’s got microphones, speakers, cameras, and screens that will record every nearby image and sound, including audience commentary. So when i roll it across campus it will keep recording and broadcasting, reflecting everything around it, not just absorbing it like Pistoletto did, playing back all the sights and sounds that happen that day to the people who experience it.’

Issue one of gorse is available now.