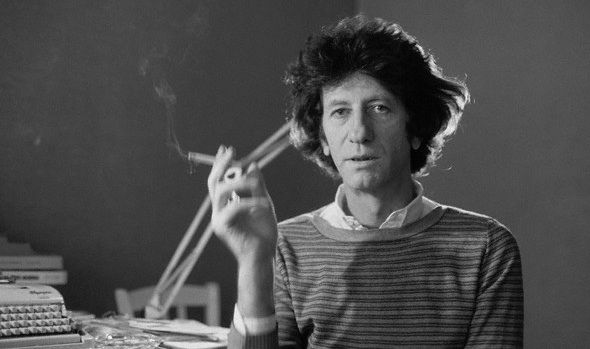 Adam Thirlwell on why we need Danilo Kiš.

Such melancholy precision, of course, has its literary provenance. That voice is partly Kiš’s, but also partly belongs to Bruno Schulz – who made this manner of sentence inlaid with metaphor, brimming with retrospective sadness, his own. It was with Kiš’s next book, Hourglass – which completed the trilogy that would eventually be republished under the general title Family Circus – that Kiš invented his own form. (Even if, as Thompson notes, the presence of Schulz is still there in the title – a small echo of Schulz’s own title: Sanatorium Under the Sign of the Hourglass.) “I tried to replace the monotony of a given style with polyphony, a formal polyphony”, explained Kiš. “Hence the use of the most varied literary devices – lyrical and essayistic, ironic and tragi-serious, philosophical and parodic.” The single lyrical voice of his early books was replaced in Hourglass by a multiplicity of voices: notebook entries, clinically objective descriptions, police procedurals and, finally, a letter from Eduard Sam to his relatives in Kerkabarabás which describes in arcane detail all his complaints at how they had treated him. The letter, touched up by Kiš, was real – he had discovered it in a box of his father’s papers. It appears at the novel’s end, with the ironic title, “Table of Contents”. The collaged elements that have preceded it, the reader discovers, are attempts at elucidation, forms of commentary: they are approaches to the total terror of the Holocaust.

It is a great novel – and like every great novel it extends the possibilities of the form, with its recipes for paella and Talmudic commentaries, its witness statements and excursions in philosophy. Kiš liked to call it an encyclopedia. “My ideal has always been”, he told an interviewer, “a work that, after the first time round, can be read as an encyclopedia.” It was a visionary ideal that led to stylistic contamination: from then on, Kis’s fictions seethed with documents – fake memoirs, textbook entries, archive sources. No doubt, this documentary method was partly due to his discovery of Borges, and Borges’s method of writing a commentary on an imagined work, rather than the work itself. But there is an urgency in Kiš which is not there in Borges.