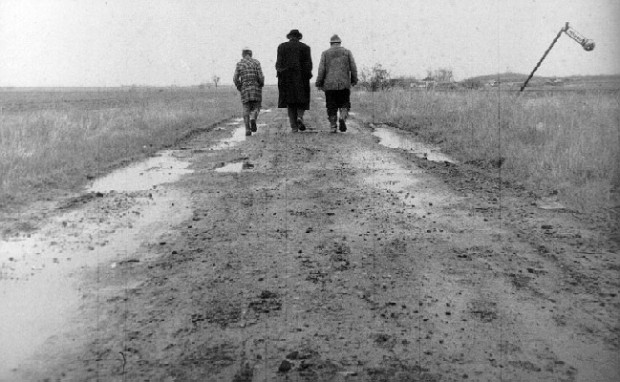 Some writers are intellectual wanderers, taking on a new theme with each new book. Others are fixed stars. László Krasznahorkai is very clearly one of those who discovered his particular obsessions early on, and who has since kept faith with those obsessions by writing the same book again and again in different guises. But this repeated book is not easy to characterize. For readers in English, Krasznahorkai is the author of Satantango, The Melancholy of Resistance, and War and War: the “Hungarian master of the apocalypse,” in Susan Sontag’s phrase, who works to chronicle meager, rural lives under threat of annihilation. This picture is vivid, and accurate as far as it goes, but it does elide the books not yet available in English, which are, by and large, neither Hungarian nor apocalyptic in their subject matter. These books tend to be set abroad, most often in Asia, and might be described as works of devotion. Admittedly this devotion is a peculiar and perilous state; its objects are not persons but the impersonal beauties of culture, and it often brings the devotees to the brink of destruction. Krasznahorkai is not a sentimental writer. He is simply one of the most sincere writers living, with an utter conviction in the urgency of his themes. Among these themes are violence and decay, but none of his books — not even the supposedly apocalyptic ones — could be built from that material alone. Read in sequence, the continuities in his fictions loom much larger than their departures; each is recognizable as a stage in the repeating book, and each throws glancing light back on the others. From the beginning Krasznahorkai’s career has traced a cautious, eccentric arc around the possibility of heaven.