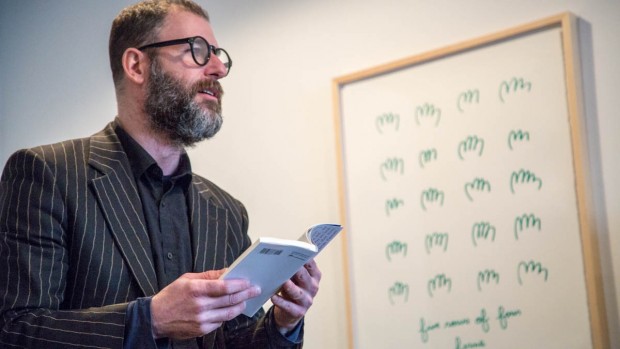 UbuWeb’s Kenneth Goldsmith on displacement as the new translation.

Displacement is modernism for the twenty-first century, a child of montage, psychogeography, and the objet trouvé. Unlike much modernism, displacement doesn’t move toward disjunction; it trucks in wholes. Schooled in Photoshop and reared in cut-and-paste, the world is now our desktop. Drop-and-drag architecture: pick up something and plunk it somewhere; it soon becomes natural. Displacement is Duchamp for architecture. Frank Gehry is a master of architectural displacement; Bilbao — a fantasy displaced off a CAD screen — soon becomes a beloved Basque landmark. Automated recontextualization. Email the plans in — 3D print them elsewhere. Displacement answers to no one mostly because there’s no one on the other end to take the call. Displacement is magical realism without the magic.

Displacement never explains itself, never apologizes. In 2010 at Columbia University’s “Rethinking Poetics” conference, the Mexican-American poet Mónica de la Torre, in the middle of her presentation, broke out, full on, for ten minutes entirely in Spanish, leaving all those who pay lip service to multilingualism and diversity angry because they couldn’t understand what she was saying. De la Torre thereafter resumed her talk in English, never mentioning her intervention. No symbols where none intended. Comprehension is optional; displacement is concretely demonstrative.