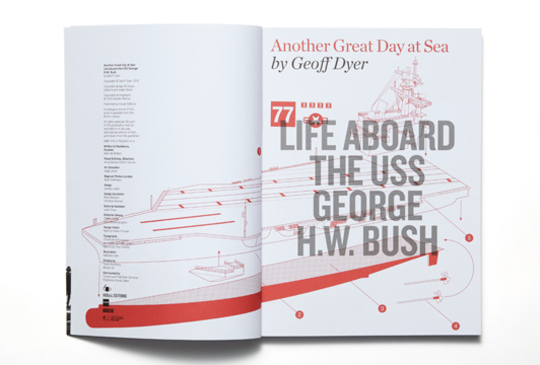 Geoff Dyer interviewed about Another Great Day At Sea, his writer-in-residence book for Visual Editions.

In this book, you’re sort of stressing the cultural differences (of being English versus American) so you can see what the culture actually is like on the carrier. How do you make that funny on top of what you’re writing? And do you stress about writing funny?

It’s funny. I tend not to like those bits in films, where they’re very obviously comic films and quite often I’ll be sitting there stony-faced when everyone else is sort of laughing like mad. You know, I much prefer a kind of humor which doesn’t reveal itself to be, where it takes you a while to really — I always think of Lars Von Trier, where it took me ages to realize he was funny because he just seemed like a sick fuck.