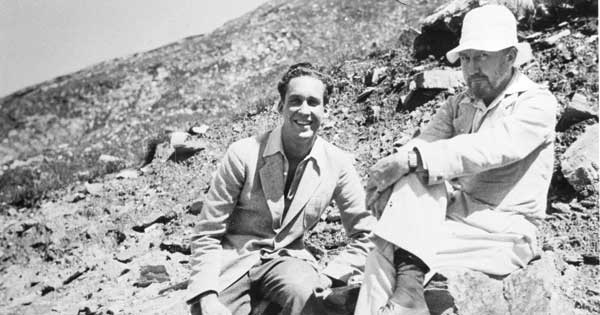 Unlike Alfred A. Knopf, Laughlin didn’t build a large and influential firm that became a cornerstone property of a major media company. Unlike Grove Press’s Barney Rosset, Laughlin shied away from brawls over free speech. Instead, through the frontlists he carefully chose and the backlists he kept in print much longer than made financial sense, Laughlin incubated, cultivated, and brought to maturity a whole tradition in American literature — a modernism-fueled avant-garde that expanded modernism’s Eurocentric confines to welcome Latin American and Asian influences and collaborators.

Laughlin formed New Directions Publishing in the 1930s to reflect his own literary taste, and remained involved in acquiring manuscripts well into the 1980s. New Directions’ list in essence was a projection of Laughlin’s taste. But New Directions is distinctive among such long-lived publishers in that Laughlin imprinted his own preferences and beliefs not just on the firm’s books, but on the firm and its small staff. “He was able to an amazing degree,” MacNiven points out, “to win his employees over to his messianic sense of artistic mission.”

New Directions’ backlist reads like the starting lineup of the 20th-century American avant-garde. The firm is still the primary publisher of Ezra Pound, William Carlos Williams, H.D., Thomas Merton, Tennessee Williams, Kenneth Rexroth, Dylan Thomas, Lawrence Ferlinghetti, Djuna Barnes, Denise Levertov. If you were an English major, you still have several ND Paperbooks on your shelves — and you can probably pick them out from across the room. The austere black-and-white spines of New Directions books were made to be recognizable, and for many years their abstract covers, designed often by the great Alvin Lustig, were a hallmark of the firm.