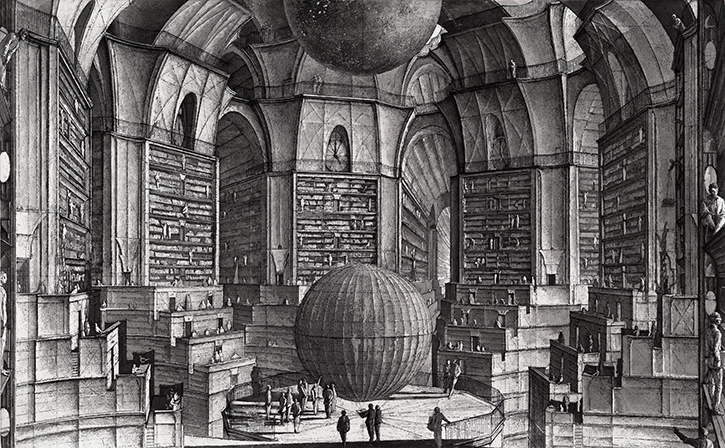 “The life of a man is a miserable draft…”
– Haroldo Conti

I walk by accident into one of London’s über-bookstores to be taken over by a very familiar type of sadness—as a child I used to feel this way when thinking about the cosmos and my own insignificant place in it. This is London’s biggest bookshop: 6.5 km of shelves, the website proudly tells us, as if this particular length and not another were a reason to rejoice. Book after book after book thrown into this worded jungle—a hoard that could be a waking counterpart to a Borgesian wet dream. Fiction books and books on writing fiction. Photography and art books and books on photography and art. And so on: most forms of expression and myriad words of meta-dialogue, some of them even justified or at least nicely edited and with colourful covers. Nothing escapes this total library: no corner of the universe or the mind is left unaccounted for. It is a hideous totality for it is an ordered totality, filtered through the minds of who knows how many marketing specialists; it is effective as a selling platform but it is a desert of anonymity for the diminished names on the shelves. Were I ever to be asked for a writing tip, something born out of this experience would be my choice: walk into any gigantic bookshop and think whether you can face being one more name lost in this desert of words. If that ideal situation proves too much to bear do something else with your time (it is of course highly likely that if you go around asking for writing tips you will never make it on print).

The futility of writing is something I face up to every time I set pen on paper or hand to keyboard. Why am I doing this? My compulsion to write does not occlude the uselessness of filling pages with words. I know that what I do is pointless, one more message in a bottle in a moment when everyone else around me is also casting messages adrift.

Walking into a gigantic bookshop is a shock not because it is in this place that I realise the pointlessness of writing but because it is here that I realise the promiscuity of this endeavour. I am not even original in my inability to engage in a useful compulsion. No compulsive behaviour is ever original: some spend hours with their pants down before a computer screen; others write page after page. We might as well spend our time with the former: masturbation is much more fun, less harmful to oneself and others, and certainly less of a hurdle in our race towards some form of success, however faint this success might be. Writing is the best way of failing at something. I know because I fail every day. Terry Malloy’s oft-quoted lament—”I coulda been a contender”—makes sense only for endeavours that are not failed from their seminal moment. Writing does not even leave room for a good old-fashioned lament.

“Words have their own firmness. The word on the page may not reveal (may conceal) the flabbiness of the mind that conceived it. All thoughts are upgrades–get more clarity, definition, authority, by being in print–that is, detached from the person who thinks them.
A potential fraud–at least potential–in all writing.”
– Susan Sontag

In case you have never bumped into Borges’ ‘The Library of Babel,’ in this fantastic story the gifted Argentine reactionary flirts with the Shangri-La of any bibliophile, a never-ending library:

“The universe (which others call the Library) is composed of an indefinite, perhaps infinite number of hexagonal galleries… The arrangement of the galleries is always the same: Twenty bookshelves, five to each side, line four of the hexagon’s six sides…”

“… the Library is total… it’s bookshelves contain all possible combinations of the twenty-two orthographic symbols (a number which, though unimaginably vast, is not infinite)—that is, all that is able to be expressed, in every language. All—the detailed history of the future, the autobiographies of the archangels, the faithful catalog of the Library, thousands and thousands of false catalogs, the proof of the falsity of those false catalogs, a proof of the falsity of the true catalog…”

In other words, even if the Library had no end, the possible combinations of twenty-two symbols would be exhausted at some point. Whether if the Library is infinite or indefinite, what is contained in the library is beyond our decidedly limited grasp and therefore seemingly chaotic. But the Library is ‘periodical,’ he adds, and:

“If an eternal traveller should journey in any direction, he would find after untold centuries that the same volumes are repeated in the same disorder—which, repeated, becomes order…”

Everything possible within those twenty-two symbols is contained and accessible in the chaotic order of the Library. Interestingly, it is exactly this perfection which results in humanity’s perdition. The realisation that everything that could be written has already been written annuls humanity, renders it ‘phantasmal.’ Borges then goes on to narrate an apocalyptical situation in which this saturation of the written word drives men to suicide.

Being more of a writer than a reader I cannot empathise with the plight of those haunted by this universe where everything than can be read is already there. For them it is about not finding the chosen book, or finding always the same, or finding defective versions of the ideal book. For me and others it is about filling the page with redundant, anonymous, always defective words. 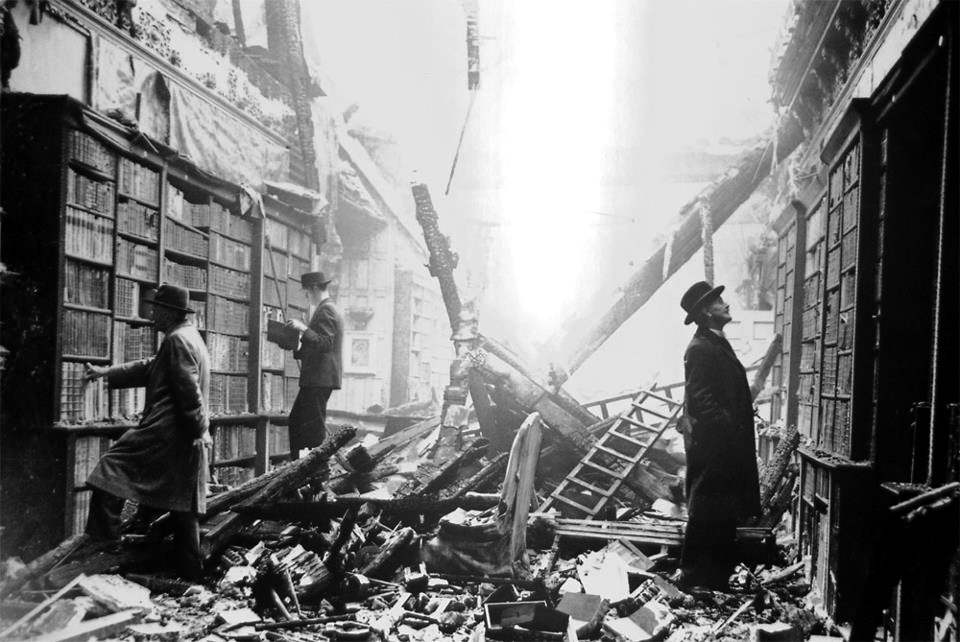 “Dear Sir or Madam, will you read my book?
It took me years to write, will you take a look?”
– The Beatles

Writers are either optimistic or seriously stupid—perhaps a combination of both. Yet I believe that it is not stupidity or the need for attention that moves us but the ‘virtual shelves.’ It is the promise of the shelves that are yet to be that keeps us going. Borges’ monumental library is an idea that works to the point where there are only 22 symbols (plus 3 punctuation marks) to combine eternally. The eternal return of these symbols guarantees that in time and space all the possible combinations are reached. But if the Library is indefinite or infinite, could not we propose the existence of an indefinite or infinite number of different systems or symbols, ever proliferating, mutating, and in that way giving birth constantly to new volumes written in new languages? What would the Library be like in this always evolving situation? This would be a universe that is always incomplete, always proliferating, always creating new universes. Not the universe as a Library but the library as a Universe.

Even in the most cluttered of libraries there are gaps between the volumes where virtual masterpieces breathe. We go after those gaps, selfish that we are. We might never be noticed but it is impossible to run out of words. The problem is then not that of the exhaustion of combinations but of the impossibility of exhausting them.1

Our age is signalled by the written word. Distractions notwithstanding the internet is the closest we will ever get to Borges’ Library. Like the characters in this tale we can find our way or get lost in this universe. Of course we always choose the second option.

But most importantly, whatever we do online, the very mechanics of the internet demand that we become writers to navigate it, or at least that we become typists. If the invention of the press could be said to have democratised reading, the internet—and digital technology—could be said to have democratised writing. It has also contributed to its banalisation. This is not a conservative cry of despair but a simple observation: our contemporary moment demands that we write our thoughts live, for an audience of equally verbose producers. We can afford this lightheartedness because, with everyone involved in equally solipsistic writerly practices: nobody is really listening.

Social media is where most of our writing takes place today. I have no doubts that it can be used to produce a particular form of literature, and on a daily basis I see people making, or attempting to make, art one post at a time. Publishers should be compiling this publicly available material and editing contemporary collections–they would even be spared their already meagre royalty payments. And writers would be better off either closing their self-promoting social media operations or just dedicating solely to them.

After all what happens in social media stays in social media.2 The amount of time required to sustain these practices, and the way these practices actually kidnap a potential audience, who much rather spend their time reading telegraphic witticisms, actually make writing even less justifiable. Writing in 2015 you are not in a better position to be less anonymous that if you had been writing in the 16th century. Perhaps you are in a worse position. Should we go back to the 16th century then? Not really: few people die of a cold in 2015, regardless of how many books they read.

Whether we set pen to paper every day or not, whether we make a name with the written word or not, whether the shelves are empty or full, whether the Library or the library, life goes on around us. People keep living and dying and having much more interesting things to do with their time. Writing is useless and impossible to justify in a reasonable way. It is something to do. A way to spend one’s time. Something to love and hate. Something to dedicate one’s life, regardless of the always certain failure.

1. On the other hand, I am tempted to claim that there is no better masterpiece than the one that will never be written. Or as Walter Benjamin puts it: “The work is the death mask of its conception.” There is no better library than that one made of never-written works, in the mind of the writer. ↩

2. Put simply: social media is a lousy way of promoting anything that takes place outside of social media. The illusion that social media might help us leave the ocean of anonymity–by generating readers–is easily countered when we realise that on Twitter, to name one platform, only 1 percent or under of those engaging with the content of a tweet directing elsewhere actually click on a link (see Derek Thompson, ‘The Unbearable Lightness of Tweeting’). Whether those who click on the link actually read all the way to the end or not is something impossible to tell as of 2015. Whether they understand what they read or not we will never know. ↩

ABOUT THE AUTHOR
Fernando Sdrigotti was born in Rosario (Argentina) and lives in London since the early noughties. He is editor-in-chief of Minor Literature[s] and a contributing editor at 3:AM Magazine and Número Cinq. He is the author of Tríptico and Shetlag, and has a forthcoming collection of short stories in English, Dysfunctional London Males. @f_sd