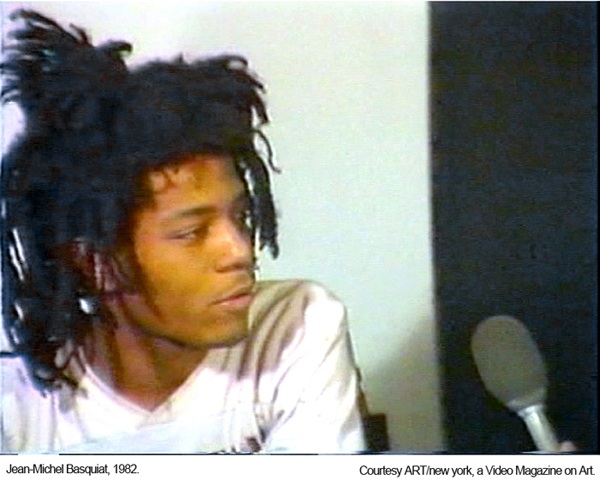 Basquiat was just waking up at 3 pm when we arrived at his second floor loft on 101 Crosby Street just east of Soho. Basquiat was a child of the television age and seemed eager to perfect his video persona. In the interview Basquiat emerges as a man of few words and short replies, and I quickly ran out of prepared questions. He was most comfortable talking about his paintings. He was less comfortable talking about the specifics of his life and the way he was being portrayed in the press. For the most part, Basquiat appeared to be having fun, revealing a light, playful side when talking about his art, and a more cutting wit when confronted with misconceptions and hints of racial stereotyping. At some moments he tightened up, perhaps wary of revealing too much, or alert to the danger of puncturing the mystery of his art. The videotaping moved quickly with Basquiat fully engaged right up to the humorous food-munching scene that was his way of bringing the 40-minute interview to a close. 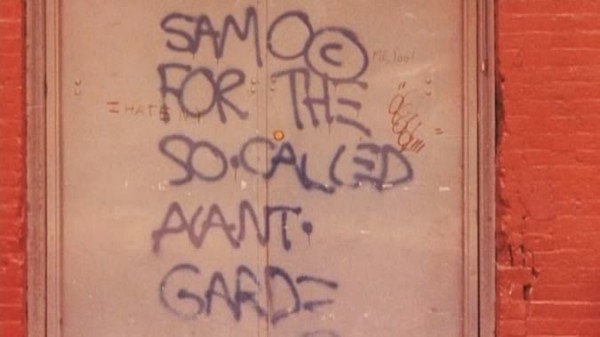