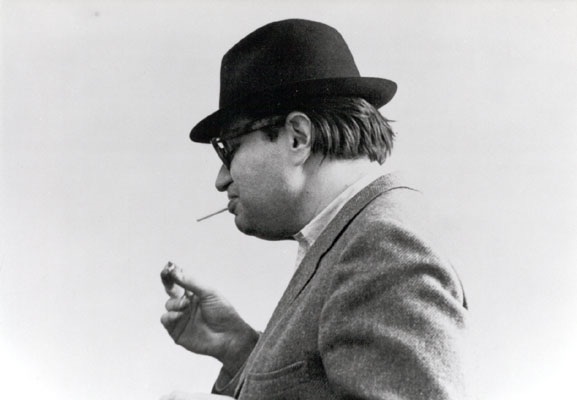 ‘I matured at twenty-four,’ says Morton Feldman, in a radio interview with Charles Shere, in California in 1967. He was forty-one at the time, almost half-way through his mature period, which ended with his death in 1987. It was shortly before he stopped working for his father. Feldman’s conversation with Shere is cyclical, but wide-ranging. There are many long pauses, and many half-jokes that aren’t really that funny. You can hear them lighting cigarettes in the studio, the curl of a match inches from the microphone. They’re spiralling around this idea, arguably the central assertion of Feldman’s career, that he doesn’t believe in Hegel, but in god. At first I wasn’t sure what that meant. I wasn’t sure that anyone he said it to knew either, but they went along with it anyway. So will I.

Feldman says he admires things that are what they are. He admires work that doesn’t feel the need to take from history as it wishes, artists who have nothing to conquer. The desire is for a work which is not a synthesis of multiple ideas, not mastery of various inherited concepts, but merely a statement of feeling, unburdened by the looming spectre of all the things it is not. Something elemental, indivisible. Something which is itself, separate, yet illuminating. This is faith. The belief that something can be simply what it is, not an instrument of history, not a composite of base aims, desires and appropriations, but merely an exercise, an expression, of the individual’s ability to sense. Pure humanist faith. It’s about the difference between conception and perception, and a foregrounding of the latter. It is a belief in an art that is not about the truth as an abstract or constant, just a particular truth rigorously adhered to. In fidelis deo.

Ian Malaeney is a writer from Offaly, currently living in Dublin. His work has recently appeared in places such as The Quietus, Dublin Review of Books, Rabble and Novara Media. He is a regular contributor to the Irish Times.