Stopping time & traveling within it 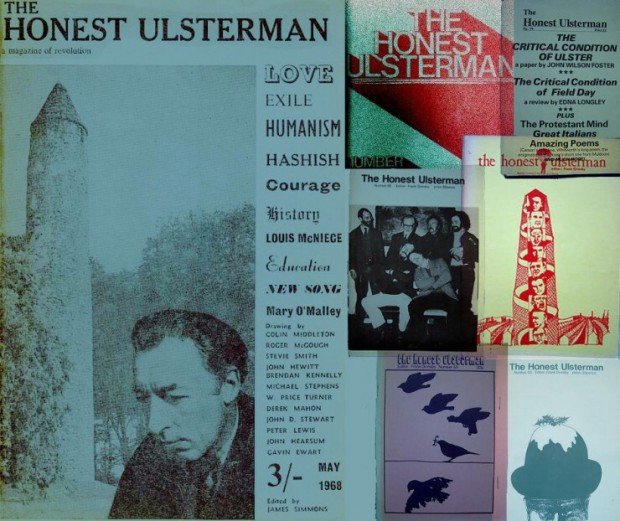 The Honest Ulsterman is here. There’s lots to take in, but we’d direct you to Darran Anderson’s interview with Eimear McBride, his feature on forgotten modernist poet Lola Ridge, poetry from SJ Fowler, prose from Liam Cagney and an interview with Stephen Crowe on his Finnegans Wake project:

Clearly Joyce meant to say something – it’s not just a stream of gibberish. So as an illustrator I think I owe it to the text to try to understand as much of it as I can. I try to figure out at least a couple of different ways to interpret every passage, but I certainly don’t exhaust every avenue. There’s a limit to how much information I can cram into the illustrations anyway. On the other hand, I do think that there are portions of the book where it’s not really important to understand it on a semantic level. Joyce was deeply influenced by music in his writing, and I think it’s fine to appreciate some of the book quite passively, as if it were music. I would agree that there’s no such thing as “understanding” the book entirely. Partial incomprehensibility is part of its design.