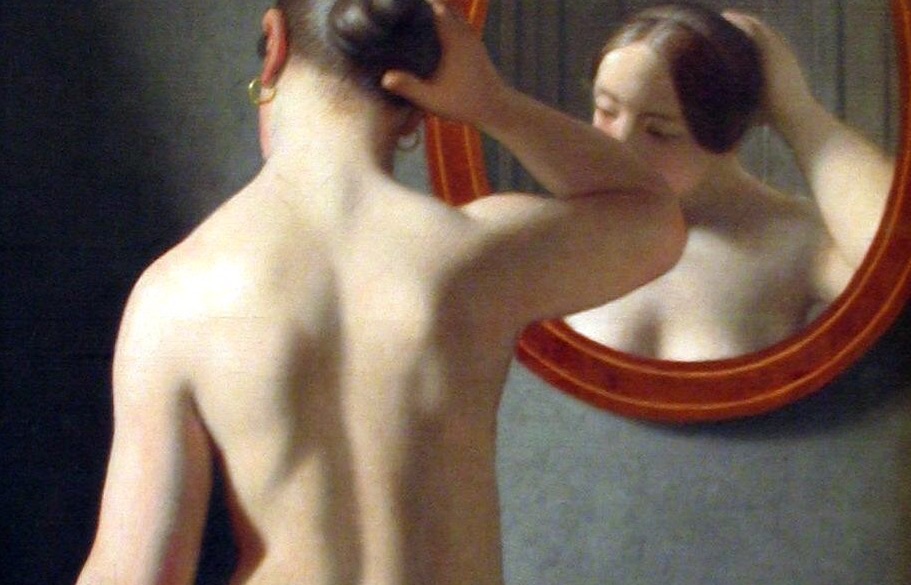 I have not gone near his shed since that first time. He’ll be in when he’s in. In the cottage, he has arranged rolled newspapers neatly in the hearth, and twigs. All I have to do is strike a match. It roars into flame. I make a wigwam of turf around it, then I pour vodka into a tumbler and sip at it while I wait. When he comes in I pour another and hand it to him. He knocks it back and returns the plastic tumbler to the table with a down-to-business bump.

He gets busy now, plugging in a radiator, clicking on a Superser I haven’t seen before. I’m warmed by the vodka and pleased at his thoughtfulness. Rachel and Claire never see this side of Aids, Aidan, I correct. He’s setting up lights, transforming the cottage into a movie set. I take off my clothes.

The group watching the spinning top is similarly lit. Their focus is strict. The atmosphere is taut. The top spins and the bird flaps. Breath is held.

Factors that might affect the top’s momentum include: breath, someone stumbling and knocking the table, a telephone ringing, the pizza finally arriving.

Can there be, can there honestly be a more stirring monument to the depthless mysteries of the male mind than this: that there exists, for each and every one of us, a lifetime tally of sexual accomplishment? A number it is given to few to know precisely, but an empirically valid one nonetheless. It is the figure you look back on, on your deathbed, and, proverbially, would never wish lower than it is. Not, you understand, the number of distinct sexual partners, which is after all a more manageable and quantifiable statistic, but of the individual acts themselves, stacked up in fair years and fallow.