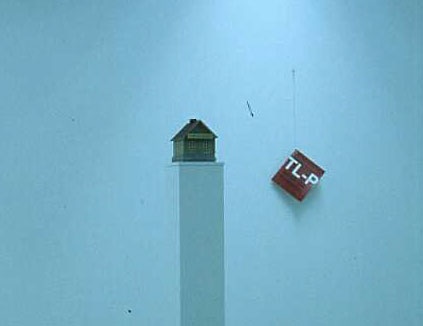 In Aeon, Nigel Warburton argues that philosophy should be conversation not dogma.

Wittgenstein ensconced in his Norwegian ‘hut’ (really, a two-storey wooden house with a balcony) is for many the model of a philosopher at work. Here the solitary genius sought out isolation that mirrored the rigours of his own austere philosophy. No distractions. No human company. Just a laser-like mind thinking about first principles, as he stood surveying the fjord or strode through the snow. Wittgenstein had precedents. The sixth-century Boethius wrote his Consolation of Philosophy in a Roman prison cell, his mind focused by his imminent execution; Niccolò Machiavelli produced The Prince (1532) in exile on a quiet farm outside Florence; René Descartes wrote his Meditations on First Philosophy (1641) curled up next to a fire. Jean-Jacques Rousseau was happiest living in the middle of a forest, away from civilisation, and so on. Philosophy in its highest forms seems intently solitary and often damaged by the presence of others.

Yet this stereotype of the genius at work in complete isolation is misleading, even for Wittgenstein, Boethius, Machiavelli, Descartes, and Rousseau. Philosophy is an inherently social activity that thrives on the collision of viewpoints and rarely emerges from unchallenged interior monologue. A closer examination of Wittgenstein’s year in a Norwegian wood reveals his correspondence with the Cambridge philosophers Bertrand Russell and G E Moore. He even persuaded Moore to travel to Norway — an arduous train and boat trip in those days — and stay for a fortnight. The point of Moore’s visit was to discuss Wittgenstein’s new ideas about logic. In fact, ‘discussion’ turned out to mean that Wittgenstein (who was still technically an undergraduate) spoke, and Moore (who was far more eminent at the time) listened and took notes.