The decay of essay-writing 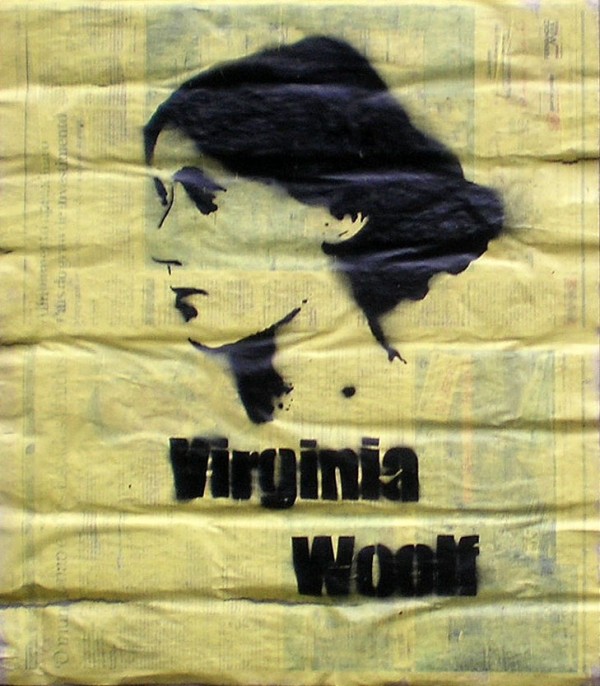 The spread of education and the necessity which haunts us to impart what we have acquired have led, and will lead still further, to some startling results. We read of the over-burdened British Museum — how even its appetite for printed matter flags, and the monster pleads that it can swallow no more. This public crisis has long been familiar in private houses. One member of the household is almost officially deputed to stand at the hall door with flaming sword and do battle with the invading armies. Tracts, pamphlets, advertisements, gratuitous copies of magazines, and the literary productions of friends come by post, by van, by messenger — come at all hours of the day and fall in the night, so that the morning breakfast table is fairly snowed up with them.

This age has painted itself more faithfully than any other in a myriad of clever and conscientious though not supremely great works of fiction; it has tried seriously to liven the faded colors of bygone ages; it has delved industriously with spade and axe in the rubbish-heaps and ruins; and, so far, we can only applaud our use of pen and ink. But if you have a monster like the British public to feed, you will try to tickle its stale palate in new ways; fresh and amusing shapes must be given to the old commodities — for we really have nothing so new to say that it will not fit into one of the familiar forms. So we confine ourselves to no one literary medium; we try to be new by being old; we revive mystery-plays and affect an archaic accent; we deck ourselves in the fine raiment of an embroidered style; we cast off all clothing and disport ourselves nakedly. In short, there is no end to our devices, and at this very moment probably some ingenious youth is concocting a fresh one which, be it ever so new, will grow stale in its turn. If there are thus an infinite variety of fashions in the external shapes of our wares, there are a certain number — naturally not so many — of wares that are new in substance and in form which we have either invented or very much developed. Perhaps the most significant of these literary inventions is the invention of the personal essay. It is true that it is at least as old as Montaigne, but we may count him the first of the moderns. It has been used with considerable frequency since his day, but its popularity with us is so immense and so peculiar that we are justified in looking upon it as something of our own — typical, characteristic, a sign of the times which will strike the eye of our great-great-grandchildren. Its significance, indeed, lies not so much in the fact that we have attained any brilliant success in essay-writing — no one has approached the Essays of Elia — but in the undoubted facility with which we write essays as though this were beyond all others our natural way of speaking. The peculiar form of an essay implies a peculiar substance; you can say in this shape what you cannot with equal fitness say in any other. A very wide definition obviously must be that which will include all the varieties of thought which are suitably enshrined in essays; but perhaps if you say that an essay is essentially egoistical you will not exclude many essays and you will certainly include a portentous number. Almost all essays begin with a capital I — ”I think,” “I feel” — and when you have said that, it is clear that you are not writing history or philosophy or biography or anything but an essay, which may be brilliant or profound, which may deal with the immortality of the soul, or the rheumatism in your left shoulder, but is primarily an expression of personal opinion.

We are not — there is, alas! no need to prove it — more subject to ideas than our ancestors; we are not, I hope, in the main more egoistical; but there is one thing in which we are more highly skilled than they are; and that is in manual dexterity with a pen. There can be no doubt that it is to the art of penmanship that we owe our present literature of essays. The very great of old — Homer and Aeschylus — could dispense with a pen; they were not inspired by sheets of paper and gallons of ink; no fear that their harmonies, passed from lip to lip, should lose their cadence and die. But our essayists write because the gift of writing has been bestowed on them. Had they lacked writing-masters we should have lacked essayists. There are, of course, certain distinguished people who use this medium from genuine inspiration because it best embodies the soul of their thought. But, on the other hand, there is a very large number who make the fatal pause, and the mechanical act of writing is allowed to set the brain in motion which should only be accessible to a higher inspiration.

The essay, then, owes its popularity to the fact that its proper use is to express one’s personal peculiarities, so that under the decent veil of print one can indulge one’s egoism to the full. You need know nothing of music, art, or literature to have a certain interest in their productions, and the great burden of modern criticism is simply the expression of such individual likes and dislikes — the amiable garrulity of the tea-table — cast into the form of essays. If men and women must write, let them leave the great mysteries of art and literature unassailed; if they told us frankly not of the books that we can all read and the pictures which hang for us all to see, but of that single book to which they alone have the key and of that solitary picture whose face is shrouded to all but one gaze — if they would write of themselves — such writing would have its own permanent value. The simple words “I was born” have somehow a charm beside which all the splendors of romance and fairy-tale turn to moonshine and tinsel. But though it seems thus easy enough to write of one’s self, it is, as we know, a feat but seldom accomplished. Of the multitude of autobiographies that are written, one or two alone are what they pretend to be. Confronted with the terrible specter of themselves, the bravest are inclined to run away or shade their eyes. And thus, instead of the honest truth which we should all respect, we are given timid side-glances in the shape of essays, which, for the most part, fail in the cardinal virtue of sincerity. And those who do not sacrifice their beliefs to the turn of a phrase or the glitter of paradox think it beneath the dignity of the printed word to say simply what it means; in print they must pretend to an oracular and infallible nature. To say simply “I have a garden, and I will tell you what plants do best in my garden” possibly justifies its egoism; but to say “I have no sons, though I have six daughters, all unmarried, but I will tell you how I should have brought up my sons had I had any” is not interesting, cannot be useful, and is a specimen of the amazing and unclothed egoism for which first the art of penmanship and then the invention of essay-writing are responsible.

[From Academy and Literature, February 1905 / The Charnel-House]