The present self-erasing as the days go by 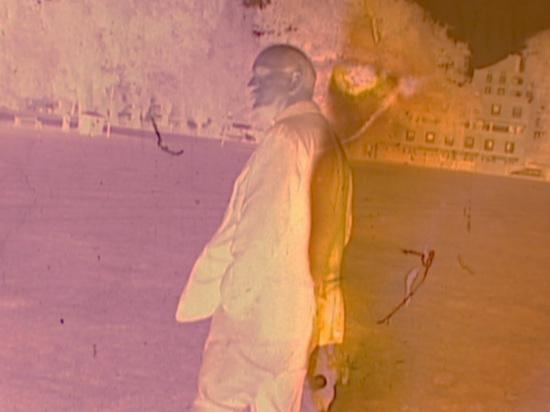 There is an argument that the internet has allowed us to self-publish even more now – we’re coming out of the end of the blogging boom, and now we in a social-media age. People constantly self-publishing what are essentially thoughts of 140 characters.

It’s so ephemeral to me it is absurd. For me, it is the kind of thing that you write in a notebook, look at it hard, and decide whether it is worth doing something with, whereas now, that process doesn’t occur – you just spit it straight out: there it is. It is a slurry, this mass of endless stuff. It is actually rewiring brains in a new way, this instant-hit thing. The downside of it is you are not dealing with a known corpus of work or memory, that’s gone, it is an instant series of flashes that have to register immediately. The actual process of having to work your way through the whole architecture of a book is disappearing.

In American Smoke, you mention visiting the place where Kerouac’s diary is kept. These kinds of artefacts might be extinct very soon, with writers putting their thoughts online.

At the actual place where I saw Kerouac’s original in the Harry Ransom Centre in Austin, Texas, there was this huge, very rich depository of all this stuff. Piles of some stuff that you’d think was junk and actual libraries that belonged to Norman Mailer – and here’s Kerouac’s book. Upstairs, where I was looking at my old notebooks and things that were piled up on a table, they were beginning to sort through hard drives. I had thrown away my original hard drive. I just had it on a skip and it was going. I thought, wait a minute, this holds more material than those notebooks, so I rescued it and they bought that as part of my archive. It was sitting there on the table in Texas, a battered old hard drive, where they can extract all the versions of all of the books I had written on it. The first things were handwritten, typewriter all of that. Since Lights Out Of The Territory they have been written on a computer. The original one was this great big hefty thing. That’s gone and it’s now over there. But now, I can see those places will be accumulating memory sticks or whatever, I don’t know what form it will take, but it’ll all be electronic and it’ll all be some massively weird place, rather than the idea that you can actually physically pick up old note books and sketch books, a little diary written by Charlotte Bronte, all those things that are quite exciting.

Do you remember which authors’ hard drives they had?

I remembered the one next to mine was Norman Mailer’s. It was so old and clapped out. They had actually got this young woman who was the first person to be appointed, because it had never arisen before. I think Salman Rushdie was one of the first who had sold a hard drive to them. It really hadn’t occurred to people to actually start acquiring these. And equally, people might be nervous of selling them because it might have all kinds of personal information, who knows what. The one I had only used for writing books on and stuff – apart from that it probably had my kids’ homework on. Now people are much more conscious than that. There will be experts who will be accumulating electronic files and materials. Just imagine the sheer quantity of email exchanges that goes on. How will you ever sift through all that? I’m sure they will, but… Traditionally the estate of James Joyce or whatever always publish the author’s letters at a certain point. Imagine the same information now, but through someone’s emails. It will just be gigantic. What will you do? Would you sift through all that and try and extract a version that is worth publishing as a book, or will you let people roam through the whole thing? It’s completely changed, obviously, and we are only at the very beginning of it, and it’s happening so fast it is quite extraordinary.