The reality of the street 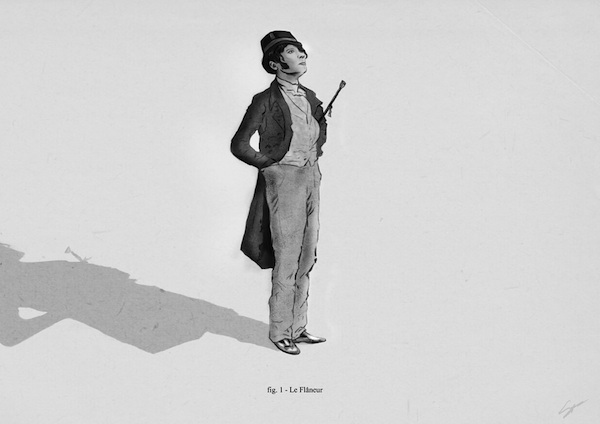 The revolutionary act of urban walking.

There was a whole band of urban ramblers exploring the insalubrious and unheralded districts of London during the interwar years. In books such as Gordon S Maxwell’s The Fringe of London, Thomas Burke’s The Outer Circle and James Bone’s The London Perambulator, the previously overlooked suburban hinterland of the city was treated with the same reverence as more conventional heritage sites. The workaday city was celebrated as a land rich in legend and wonder. In the same period, George Orwell was undertaking his politicised tramps around London and into the Kent countryside to experience the hardships endured by the homeless and destitute; then he walked his way from Coventry to Wigan Pier, chronicling the “distressed areas” of the north.

Yet it was a bunch of Parisian gadabouts who turned this damp-tweed form of subversive schlepping into a codified art. For members of the Situationist International (SI), such drifts were fact-finding missions for the transformation of urban living and society in general. The walks were recast as dérives and the findings formed the new pseudo-social science of psychogeography. The intent was overtly revolutionary. Radicalism was not cloaked in the guise of a walking guide; the SI’s ambulatory studies of the Paris suburbs were “reconnaissance missions” for the revolution that was to come – and it very nearly did in May 1968.