We are in the world of Tristram Shandy 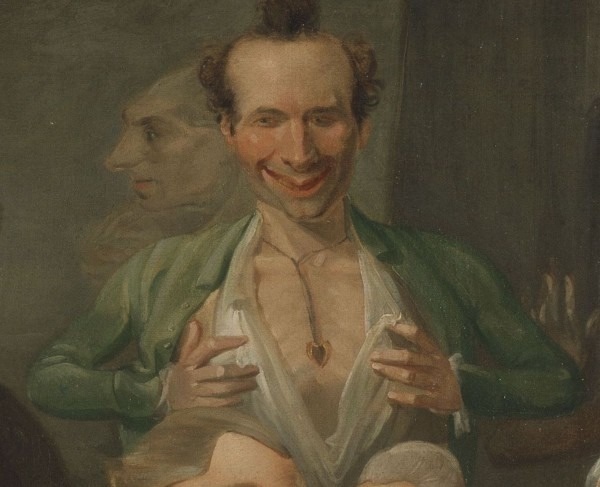 Tristram Shandy though it is Sterne’s first novel, was written at a time when many have written their twentieth, that is, when he was forty-five years old. But it bears every sign of maturity. No young writer could have dared to take such liberties with grammar and syntax and sense and propriety and the longstanding tradition of how a novel should be written. It needed a strong dose of the assurance of middle age and its indifference to censure to run such risks of shocking the lettered by the unconventionality of one’s style, and the respectable by the irregularity of one’s morals. But the risk was run and the success was prodigious. All the great, all the fastidious, were enchanted. Sterne became the idol of the town. Only in the roar of laughter and applause which greeted the book, the voice of the simple-minded public at large was to be heard protesting that it was a scandal coming from a clergyman and that the Archbishop of York ought to administer, to say the least of it, a scolding. The Archbishop, it seems, did nothing. But Sterne, however little he let it show on the surface, laid the criticism to heart. That heart too had been afflicted since the publication of Tristram Shandy. Eliza Draper, the object of his passion, had sailed to join her husband in Bombay. In his next book Sterne was determined to give effect to the change that had come over him, and to prove, not only the brilliance of his wit, but the depths of his sensibility. In his own words, “my design in it was to teach us to love the world and our fellow creatures better than we do”. It was with such motives animating him that he sat down to write that narrative of a little tour in France which he called A Sentimental Journey.

But if it were possible for Sterne to correct his manners, it was impossible for him to correct his style. That had become as much a part of himself as his large nose or his brilliant eyes. With the first words — They order, said I, this matter better in France — we are in the world of Tristram Shandy. It is a world in which anything may happen. We hardly know what jest, what jibe, what flash of poetry is not going to glance suddenly through the gap which this astonishingly agile pen has cut in the thick-set hedge of English prose. Is Sterne himself responsible? Does he know what he is going to say next for all his resolve to be on his best behaviour this time? The jerky, disconnected sentences are as rapid and it would seem as little under control as the phrases that fall from the lips of a brilliant talker. The very punctuation is that of speech, not writing, and brings the sound and associations of the speaking voice in with it. The order of the ideas, their suddenness and irrelevancy, is more true to life than to literature. There is a privacy in this intercourse which allows things to slip out unreproved that would have been in doubtful taste had they been spoken in public. Under the influence of this extraordinary style the book becomes semi-transparent. The usual ceremonies and conventions which keep reader and writer at arm’s length disappear. We are as close to life as we can be.

See also, ‘Tristram Shandy, Dilettante: Laurence Sterne and the Pleasures of Attention-Deficit Literature’, and our favourite edition of Tristram Shandy, the Visual Editions one, with an introduction by Will Self.