We Whispered to Each Other Across the Irish Sea: An Essay About Intimacy & the Internet 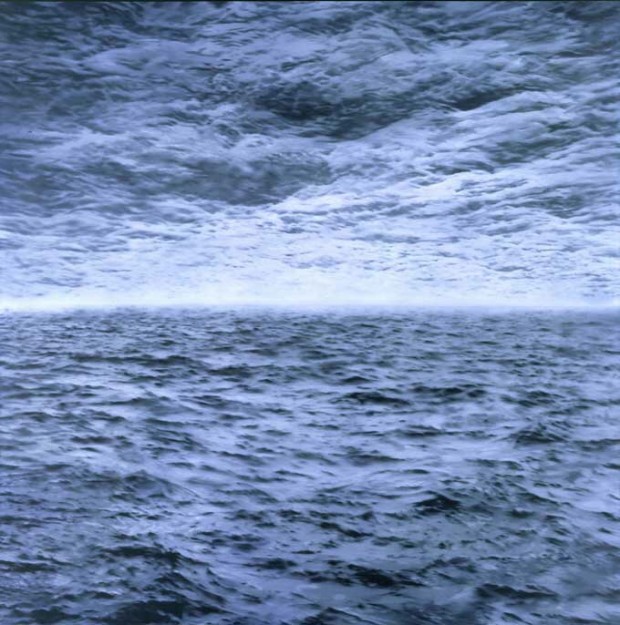 In the final few days of March 2013, a girl, S., and I began following each other on Twitter. She had been one of the first people to submit writing to Samizdat Plus, an online journal I was in the process of setting up1. Her poetry had been something of a revelation for me: it was daring, reckless, open, emotional, but with a deliberate and measured composure that intrigued me. She proclaimed in her submission email that she was giving up writing poems and that this was her last time submitting2. I told her that I wouldn’t be publishing anything in SP due to a lack of quality submissions but that I loved her poetry and she should continue writing. She suggested that she was just disillusioned with things and probably needed a break.

A day or two later, we began talking on Twitter about how people our age3. date, about relationships, and about how it was difficult. We started sending direct messages to each other. We told one another what we look for in a girlfriend/boyfriend. We noticed how we could identify with each other’s ideal date. We joked. We teased. We shared. We flirted. We were both insomniacs and, before we knew it, it was soon into the early AM of the next day. We didn’t say goodnight, log off, and go to bed. We became more explicit with our flirtations. Questions became suggestions became statements became demands. When we eventually said goodnight, I didn’t know if it had been a one-time thing or if we would talk again.

Over the next few weeks, things accelerated as quickly as they had on that first night. We messaged each other every day for longer and longer periods: tweets, DMs, emails, and voicemails keeping us in constant contact, despite the fact that we were in different cities, in different countries4. The physical distance between us was more than countered by the emotional connection we were forming. We talked about our lives, our pasts, and the things that most affected us. We told each other about our families. We were open5 about who we were and what we wanted. We knew we could say anything. We accepted each other. We wanted each other. Knowing someone cared and wanted the best for us made us want more for ourselves.

We soon realised it was becoming more than either of us had perhaps expected it to be. We tried to be realistic about it. We failed. By mid-May, we were exchanging tentative I love you[s], knowing that it would be meant and received as sincere by both speaker and listener. May and June were months of bliss6. However, as our emotional intimacy intensified, S. and I struggled with the inability to express ourselves physically. We talked about how soon I would come to visit, while admitting that we were both nervous at the possibility that our first real-life meeting wouldn’t match the expectations we had built. As I prepared to book my flight, S. got an opportunity to go on holiday with friends, and so we decided to delay until she returned.

July and August were months of misery. S. returned from her holiday and told me she felt that we were too deep into something that wasn’t healthy for either of us in the long-term. We needed to do a better job of taking care of ourselves before we could commit to talking care of someone else. She stopped responding to my messages7. The silence hurt, but what hurt the most was that I knew she was right. She had cared about me enough to not be self-indulgent and use me as some sort of a virtual salve. I cared about her, and wanted the best for her, but struggled with the reality that it no longer involved me. I tried not to send messages. I failed.

With each non-response I felt more heartbroken, rejected, and depressed8. What made it worse was that nobody around me knew about S. and so I pretended I wasn’t feeling all these things. I didn’t feel like I could explain it properly — how I had felt more intimate and connected with a girl I had never met than I ever had with anyone9 else10 — but I did write about it, in the hopes that, through writing and performing my poems, I would be able to address the issues and emotions around my situation without feeling like I was being exploitative of it.

In September, I learned that I would be going to London to read my poetry at the end of November. S. was my first thought. I sent an email telling her about it, saying how I would love if she would come. I was surprised when she replied saying that she would try. We started talking again, less intense than before. I thought we were beginning to form the basis of a new, healthier, relationship — a proper friendship. But the closer my trip to London, the less we talked. A few days before I was due to fly, S. sent me an email telling me she wouldn’t be able to make it, but that she hoped it went really well. A part of me knew she was never going to come, so I had prepared myself not to feel too disappointed.

I went to London and had an amazing few days. My friends and fellow writers and I all read our work11 and partied and, for the first time in a long time, I felt a genuine happiness in the moment. At night, as I flew out of London, looking at the lights of the streets, I smiled to myself and wondered how close S. and I had been in reality over the previous days12, all the while knowing and recognising the strange beautiful tender sadness of the fact that we were never as close as when we whispered to each other from across the Irish sea.

The last time S. and I talked was January 6, 2014. This essay was an attempt to archive the concreteness of my reality with S., lest it be lost to the haze of memory. 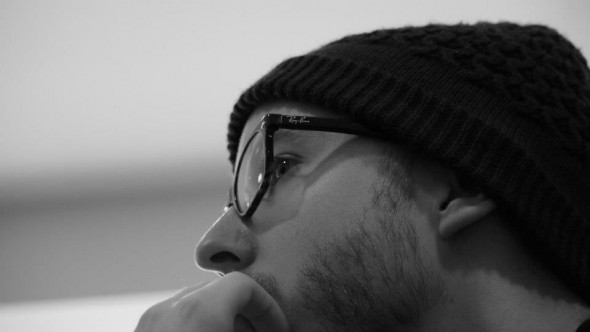 Michael Naghten Shanks lives in Dublin. His writing is featured or forthcoming in publications such as The Penny Dreadful, Colony, The Honest Ulsterman, gorse, New Irish Writing, The Quietus, as well as the anthologies 30 under 30 (Doire Press) and New Planet Cabaret (New Island). A reader at numerous events around Ireland, and also at the London Irish Centre, he has been listed for awards including the Fish Short Story Prize, the Over The Edge New Writer of the Year, and a Pushcart Prize. He is editor of The Bohemyth.

1. Samizdat Plus was supposed to be a home for avant-garde and experimental fiction and poetry. A lack of suitable submissions, apart from S., meant that it never posted one issue.↩

2. She submitted over 30 pages of poetry: some had been previously published, while others were clearly drafts that had been abandoned.↩

5. In hindsight, I think this openness stemmed from the fact that we were separate from one another’s lives. There wasn’t that subconscious anxiety that persists in the beginning of some real-life relationships, of any kind, that we might eventually reveal a layer of ourselves which would prove objectionable, not only to who we reveal it to, but to the wider world. Auteur Charlie Kaufman calls it “a wound… both specific to you and common to everyone… the thing that truly, truly, truly makes loving you impossible. It is your secret, even from yourself. But it is the thing that wants to live.”↩

6. I had never felt happier, more content, more productive, more inspired, or more capable of truly and selflessly caring for someone than I did during my connection with S.↩

7. She would later and justifiably reason that she felt it better to completely stop all contact for fear that she would slip back in to a situation she decided was no longer best for her long-term well-being.↩

8. The ease with which the Internet keeps us all connected to each other means that any connection that we come to rely on, to any extent, once interrupted, is felt more deeply in its absence. To be actively ignored creates a new, more painful, more idealised memory of how it was before.↩

9. On certain occasions during my online/virtual relationship with S., I had met and been attracted to other girls, girls who had indicated their interest in me, but never pursued any physical/romantic relationship, due to my feelings for S.↩

10. Indeed, part of the motivation to write this essay sprang from my desire to address the somewhat secret inhibition that I believe many of us share w/r/t revealing and discussing how certain types of relationships, particularly/increasingly those that we form online, affect us in more direct/distinct/powerful ways than those that we encounter throughout our daily lives do. The validity of any connection should not be based on the views of those outside it, but rather, by those who share the connection, however and wherever it occurs.↩

11. One of the poems I read was about and dedicated to S., and as I read it out I felt happy and thankful that I had known someone who could have inspired me to write those words.↩

12. The hostel I was staying in was only a few tube stops from where S. lived.↩