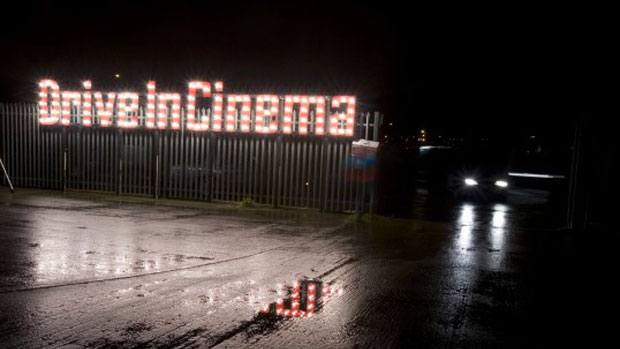 David Gavan: Perhaps in keeping with the idea of a postmodern ‘global village’, your work has a very international feel. You have said that you would prefer to be considered as an artist, rather than an Irish artist. But you must have been affected by the singular aspects of Ireland. That it’s a country that was not colonised by the Romans (despite having their religion), that has not had an industrial revolution (except in the north of Ireland), but does have a capital whose denizens sometimes seem determined to forget Ireland’s agricultural background, has been colonised by both England and Roman Catholicism and – perhaps most importantly – is gorging itself at the postmodern pick ’n’ mix sweetie stall, without first having digested modernity. That said, it is strange that Ireland is seen by some as a parochial backwater, when you think the premier modernist is James Joyce and the premier proto-postmodernist is Flann O’Brien.

Jesse Jones: Joyce wrote outside of Ireland as well, so that’s partly the answer to your question. Did Joyce privilege being in Ireland and his citizenship within Ireland, or did he privilege being a writer, first and foremost? I think he privileged being a writer, even though so much of his writing was an examination of the relationship between self and nationality. Joyce is really interesting because he addresses the idea of identity, and I think that defining people in terms of nationality is a really reductive response to being in this world. Artistically, I find the idea of nationality too cumbersome, awkward and inelegant. It doesn’t sit well with the expansive or experimental approach to being in the world that writers and artists endeavour to have. So, when I say that my being considered as an Irish artist is not my first priority, that’s not to negate my being Irish for any political reasons; it’s just that being an artist is so much more important to me. I guess that I’m reminded that I’m Irish because I make so many works outside of Ireland, which inevitably brings me into contact with other cultures.

DG: James Joyce’s Stephen Dedalus said “History is a nightmare from which I am trying to awake”. How far would you agree that many people are so divorced from history nowadays, and beguiled by ‘the Spectacle’ – as well as being seduced by Baudrillard’s ‘ecstasy of communication’ – that it’s the aforementioned Spectacle that we need to awake from in today’s hyper-real, theme park world?

JJ: In terms of my work, I’m interested in the stuff that got left behind by the Spectacle. I’m interested in re-animating moments that would have fallen by the wayside in lieu of a wider, Spectacle-orientated version of culture for mass consumption. In focusing on aspects of meta-culture, I look at those things that slide off the mass narrative. The media representation of the Troubles in the 1970s is a case in point. I found myself looking at the Bill McGaw film, The Steel Shutter [which documented a ‘conflict resolution’ group psychotherapy session led by the American psychologist, Carl Rogers, for Northern Irish Catholics and Protestants, in 1973], in relation to that kind of defamiliarisation, as a way of viewing the sectarian divide. That film wasn’t focusing on a constructed political narrative in real time; it wasn’t mediated by the establishment’s version of history. There is such a tension between the construction of historical narrative, and the construction of visual culture, and obviously that’s a very political thing. How visual culture is created is clearly a way of creating the proto-historical narrative. The mass media dissemination of a reactionary political narrative – a meta mass culture – has become fragmented in the internet age. Things are more disparate, now. 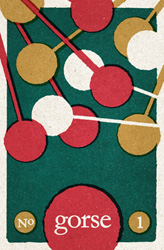 [This is a short extract, the full article is available to read in Issue One]

ABOUT THE AUTHOR
David Gavan was educated in London and currently lives in Co. Meath, Ireland. He has written for the Irish Examiner, Time Out, Record Collector, AU magazine and The Quietus. He is co-editor of gorse.