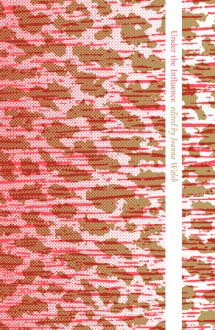 Under the Influence, edited by Joanna Walsh

Subscribers: Please note, Under the Influence will come as part of your gorse subscription, no need to buy. We will email you to check your address

‘What does it mean to be under the influence? It means to be in an intoxicated condition. I wanted to get writers while they were in this state of intoxication, a condition that might increase their fluency, but in which it can be difficult to write.’ – Joanna Walsh

It has been said that we live in the golden age of the personal essay. Under the Influence extends the personal/critical essay form in terms of style, structure and approach. In these twelve pieces assembled by Joanna Walsh, each writer chooses a writer or form that has influenced their work, and responds to it in a way that not only provides a critical appreciation, but embodies, demonstrates, or holds a conversation with the nature of that influence.