Die Wunderkammer, Or Notes from an Austrian Journal

The woods have been strangely silent since the temperature dropped. A week of electrical storms and sheer walls of rain advancing in from the sea [a note of recognition in rereading – Toni Kurz, die Mordwand, “Ich kann nicht mehr”] and then stillness, a curious unnatural stillness and the air a second from freezing before our eyes. A moth, made of dust and feathers, bounced around every angle in the room when I turned on the cabin light and scanned the rows of books for one to bring on the journey, besides a battered copy of Trakl that had accompanied me to the tropics. A black hardback with a funeral procession caught my eye. The Last Days of Mankind: Karl Kraus and His Vienna by Frank Field (1967). It looked so irredeemably grim I knew I would be compelled to take it, whether I wanted to or not.

Encounter at the crossroads of Europe 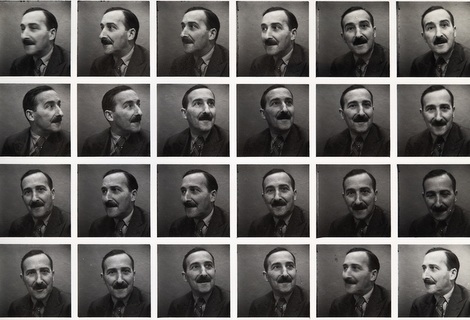 Will Stone, translator of Stefan Zweig‘s Nietzsche [a gorse read of 2013], on Zweig and Emile Verhaeren.

In Berlin, apart from his studies and bohemian indulgences, Zweig sought a more expansive freedom in literary terms, and caught the bug of translation. He began to explore further afield, even translating poets such as Keats and Yeats and producing with other translators a collection of Verlaine’s poetry to which he added a critically acclaimed introduction. But all the time he was moving closer to Belgium, drawn by the rich crop of its home grown artists and writers who seemed to integrate their works in fresh and creatively productive ways. So in the summer break of 1902, long anticipating a visit to the ‘little land between the languages’, Zweig made his move.

The vital importance of Zweig’s meeting with Verhaeren in relation to his ensuing career as a writer, emissary of humanism and key proponent for the higher ideal of a Europe of cultural unity, cannot be underestimated. The contrast between Verhaeren’s openness, curiosity, vitality, not to mention the explicit visionary credentials he held, and the self conscious dandified Viennese poetry circles Zweig had moved within was extreme. It was if Zweig himself had suddenly been released from a reserve of pampered elites into the rawness and unpredictability of the wild and could finally breathe real air, taste real food and appreciate the creative potential of risk and unpredictability. In Verhaeren’s verses he saw bold new vistas opening up which seemed to strike a necessary chord with the rapidly transforming epoch, as the fabled ‘golden age of security’, guarded by the Hapsburg realm unceremoniously gave way to something far more restless, ominous and uncertain.