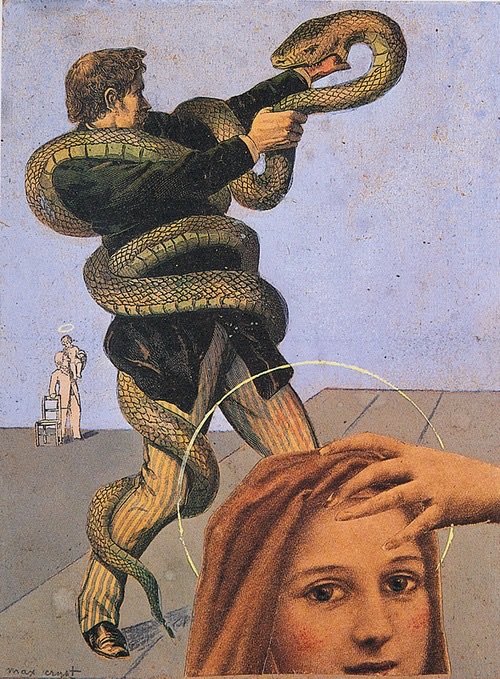 ‘We went to the loft while the wedding party was eating. The fiddler came too.
‘Take yer partners for a set’, the fiddler said.
We were about twenty boys and there was only one girl. She was well danced. A feeling of poignancy undertoned our merriment.
‘This would make a good wake’ a philanderer said.
‘Only the corpse is missing’, another said.

As just boiled coffee is poured into a small glass of milk, a moment of sadness is experienced – and at first I enjoy that I seem to have no control over that.

My girlfriend – with whom I have recently reconciled after some time apart – is away, in Spain, in Madrid, on a residency, a work placement – and while I know that she will return to London when it ends I find it difficult to avoid feeling sad because of that.

If I were busier I would not feel so sad, perhaps.

But her absence forces me to consider why we are together – indeed, in a moment of desperate, pathetic self-pity why anyone at all becomes physically intimate with another.

Her physical absence – and the effect of it on me – is what is of most concern. We Skype, of course, and text and communicate over WhatsApp. We phone each other occasionally on our mobile phones – bugger the expense, we say – and send each other emails using such devices, articles via email about rapping auctioneers, pictures of bunnies with guitars in the background, links to potential residencies we could do together: the usual flotsam of the long distance relationship. There is, of course, communication. But we do not look at each other in proximity to the air we breath – yet why that should be important I do not really know – we do not touch each other or fight or walk together, or simply not communicate – though I often imagine it being so.

She may as well be dead, I think, one day, while we talk using Skype, as I look at a moving image of her forehead – she is using her phone to Skype, my tablet won’t pick up the Wi-Fi, she says, it is hard for her to regularly correct the angle of the lens – but try to be positive and reasonable despite feeling none of those things.

This may as well be a recording I am communicating with.

It is her body that I want, I then realise, the abject possession of it and not – not only – the intricacies of her mind.

I’m being melodramatic, you might say, on reading the above – taking things too seriously.

Perhaps – I think the same myself, sometimes.

And something in that occasional thought makes me think, then, of a book I like, a book written by Japanese author Kenzoburo Oe. It’s called Rouse Up O Young Men of the New Age!

There is a section in this book that I’ve come to realise I somehow missed out on, or passed over, during previous readings – a section that during more recent readings has become, instead, impossible to ignore.

The particular event, then: Oe, author/narrator of the book, writes of how, having returned to Japan after a period away, having been picked up at the airport by his wife, he is told a number of unusual things that happened while he was away.

The other events, then: his wife tells him that their eldest son, affectionally nicknamed Eeyore – who was born with a congenital defect in his brain – became

She recounts how there had been a gathering at Eeyore’s school, while Oe was away, a gathering of parents and children. At the gathering a game had started, a game of tag between the children and their mothers, each child chasing his own. At some point during the game, however – and for some undisclosed reason, although, it seems, quite innocently – Oe’s wife ran away with the other mothers.

He ran up to her and

‘kicked her feet out from under her with a judo move he had learned in gym glass.’

Other strange things happened after this, Oe hears. His wife observed Eeyore at home and saw that he was

‘tormenting his younger brother, invading his room and pushing him around.’

‘solicitude seemed to irritate him to the point where,’

‘my wife witnessed him punching her in her face.’

Finally – and this, Oe adds, ‘was something my wife waited until late at night my first day home to reveal’ – one evening after dinner Eeyore

‘emerged from the kitchen with a butcher knife gripped in front of his chest with both hands, moved to the curtain in the corner opposite the family, and appeared to lose himself in thought as he gazed out at the darkness of the garden behind the house.’

Oe writes of how ‘at moments like this, my first thought tends to be avoidance’ and that, after arriving at his house, he chose ‘the detour afforded by consideration’ of a poem before thinking seriously about what his wife had told him.

The poem he thought about was ‘A Little Boy Lost’ by William Blake, wherein a child protests to his father

‘Nought loves another as itself
Nor venerates another so.
Nor is it possible to Thought
A greater than itself to know.
And father, how can I love you
Or any of my brothers more?
I love you like a little bird
That picks up crumbs around the door.’

Eventually, however, Oe discovers a ‘route to communication’ with Eeyore – one that, he writes, ‘enabled the whole family to make up with him.’ Sleeping on the sofa the day after his return, awakened by nostalgic and powerful memories, Oe finds Eeyore

‘seated on the floor next to the skirt of the sofa….stroking my bare foot that protruded from the blanket with the fingers of his cupped right hand, gently, as if it were constructed of something soft and fragile. And he was whispering words of concern in a soft, calm voice. These were the words, alive with familiarity and nostalgia and shivering like a living jelly that I had heard on the way out of my dream: “Foot, are you all right? Good foot, nice foot! Gout, are you all right? Nice foot! Nice foot!”’

Oe replies to Eeyore that his foot is fine, that there is no gout. Eeyore then looks at him – ‘with eyes that had returned to looking as they had’ – and says

“So it’s all right? What a nice foot! What a really excellent foot!”

I return to London and, some time later, my girlfriend returns from Spain. All previous sadness concerning her absence is now dispelled by her very presence and becomes, instead, and over time, a mild irritation with precisely that. I make her dinner one Sunday afternoon, I can’t remember now what I made. She eats it and says she enjoys it, but she then leaves her plate by the kitchen sink, unwashed, alongside other dirty dishes, including – very possibly –my own.

I become unjustifiably irritated by all of this. She could at least have rinsed it, I think.

An argument commences, the details of which I also cannot recall but later, our bodies – at least – reconciled, lying on top of her, pressing down on her as she lies in bed I can only whisper to her, thinking of Eeyore and what he’d said,

‘Hello ear, how are you ear? Are you all right ear?’

She laughs – she thinks me odd.

I can only be tender to the separate pieces of her body, however – the ear, the leg, the face or thigh – not to the whole of it, nor anything beyond it – at least not yet.

While my girlfriend was away in Spain I’d read in the news and subsequently made note of certain disconcerting events regarding women.

‘And you know, if things don’t work out for, you know, God forbid, you know for any reason, you could say you’re a mack, you know, a mack daddy.’

‘Yeah. Well, I just told her what I would do, is I would kill her, and I would put Rest in Peace over it. This is a memorial to my dead girlfriend, we don’t know what happened to her.’

In another article concerning War Machine and Mack I read:

“In the hours before the alleged altercation, Koppenhaver tweeted a promotional flyer touting an appearance Mack was scheduled to make at a weekend event in Las Vegas.

Later, he responded to commenter who claimed he and Mack were not together.

“F— u talking about? She’s my property and always will be,” he spat.”

Other events, then: In London a man punched a woman in the face after she questioned the unlicensed act of him feeling her arse.

A young man in the United States, considering himself ‘involuntarily celibate’, decided to stab his flat mates and shoot at random people with semi-automatic pistols, killing six people.

I think about how I once considered using tinder at some point when my girlfriend was in Spain.

I wanted to know of other bodies and have them know of mine.

I considered, instead, looking online for devotees, those, it’s argued, who favour weakness of the body – but even they are still obsessed with strength.

“A young woman beside me tried to climb up on my shoulders; I shook her off, and she wasn’t too pleased.”

Alan Cunningham is a writer from the north of Ireland. Currently based in London, he has previously lived in Belfast and Berlin. His first book, Count from Zero to One Hundred, was published by Penned in the Margins in 2013. His essay, ‘More Rigged Than Recollected,’ was published in gorse no. 2.