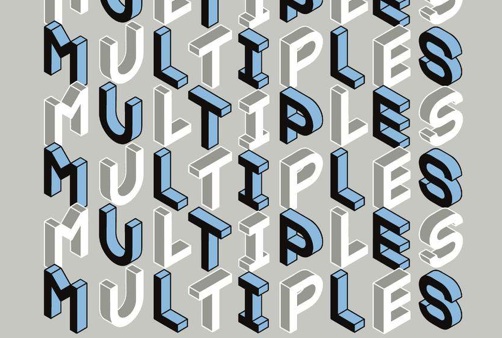 André Breton, an associate of Tzara and inventor of Surrealism, liked to play the cadavre exquis game, a collective collage of words or images where several people would write a phrase on a sheet of paper, concertina the paper to conceal part of it and pass it on to the next player for their contribution. Thirlwell, whose recent project editing the McSweeney’s ‘Multiples’ issue, can but nod in agreement with those Surrealist experiments in language.

‘What would happen if a story were successively translated by a series of novelists, each one working from the version immediately prior to their own—the aim being to preserve that story’s style?’ Thirlwell’s experiment—to have twelve stories translated in and out of eighteen languages by sixty-one authors—is a bold one, especially considering he elects to use fiction writers not all fluent in the other language, rather than professional translators. (Let its translator be far from brilliant, Bolaño said.) His hypothesis, though, echoes that of Hemon’s: ‘the art of the novel is an international art. Its history is international, and the mechanics of this history is translation — which means that the art of fiction, having survived this history, must be tougher than it looks.’

Though Thirlwell doesn’t name names, some novelists only contributed on the condition they could do it as literally as possible, others if they could essentially write a new story. And by his own admission the experiment wasn’t a complete success, which proves, he says, it was a true experiment: ‘The degree to which each story emerges unscathed veers wildly in each case… a gracious sense of fidelity to the dead overlaps with an ungracious glee in infidelity.’

Thirlwell also happily admits that he appropriated David Bellos’s idea that we have to move away from thinking that translation is substitution. ‘A translation is more like a portrait in oils’, said Bellos, and Thirlwell sees translations as likenesses rather than exact reproductions. ‘Maybe in some hypothetical future,’ Thirlwell writes, ‘literature will become the pure international—oblivious to the problems of time and space—and somehow the language in which you write or read your literature will be less important than the singular multiple structures those languages happen to form.’

Until such times arrive, we are left with artists’ impressions of other artists’ work. But, as Walter Benjamin said, fidelity and freedom are often regarded as being in conflict. They may not be. As the artistic constraints of Oulipo liberated the artist and produced ‘potential literature’, so errors and shifts in translation become infinitely important. Translation is not a perfect reproduction of the original, it is combined with the original to approach something more: it has an ounce of value added to its original value.

And I’ve interviewed Adam for issue one of gorse.

You’ve translated before, Nabokov‘s ‘Mademoiselle O’ for your book Miss Herbert. As Nabokov advocated literal translation, did the practice of translating him influence your translation? Did it cast a shadow over Multiples?

Definitely when I was translating ‘Mademoiselle O’ I tried to make a translation that Nabokov would have approved of… I made it as sternly as I could. But I think Multiples was my anti-Nabokov project. And it was partly prompted by discovering something I hadn’t known before – when writing for the NYRB on Nabokov’s translations. It turned out that Nabokov himself had made a very different sketch for a translation of Eugene Onegin – three stanzas – which instead of the stern literalism he advocated later were written in a lovely imitation of Pushkin’s metre. I wish VN had continued with that translation! It would have been the perfect recreation of Pushkin in English. And it was the direct opposite of his later theories. And so it was thinking about the reasons for VN’s shift in ideas about translation that made me wonder if in fact there could be another kind of ideal translation, too. Multiples is my revolution. Or self-coup.

Oh, and Queneau also makes an appearance in Karl Whitney‘s gorse essay, ‘The Run of the Streets’. More on that soon.