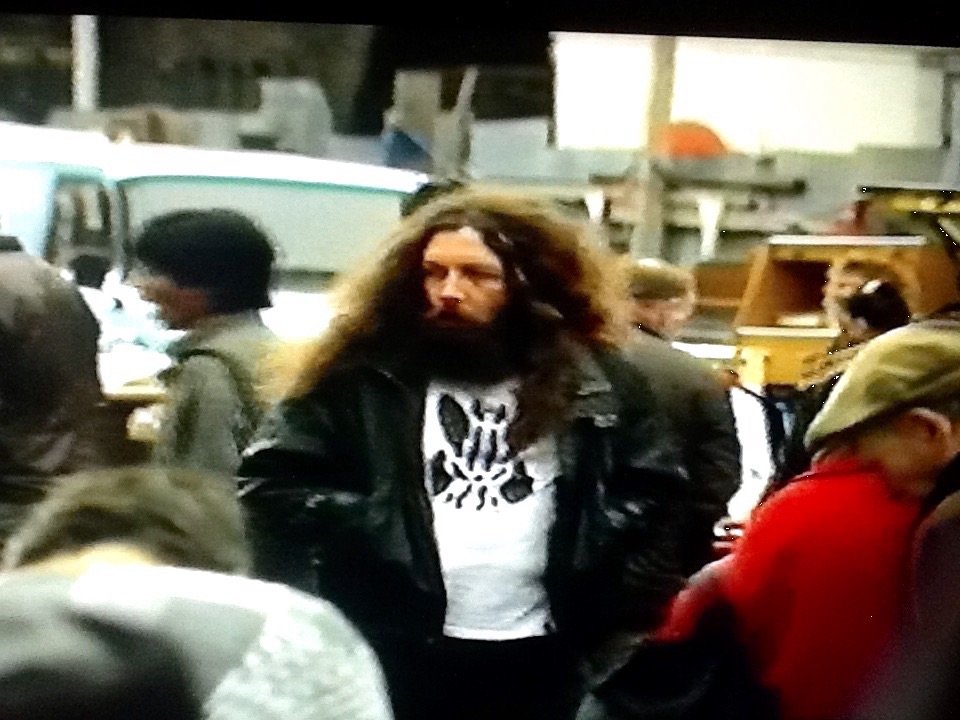 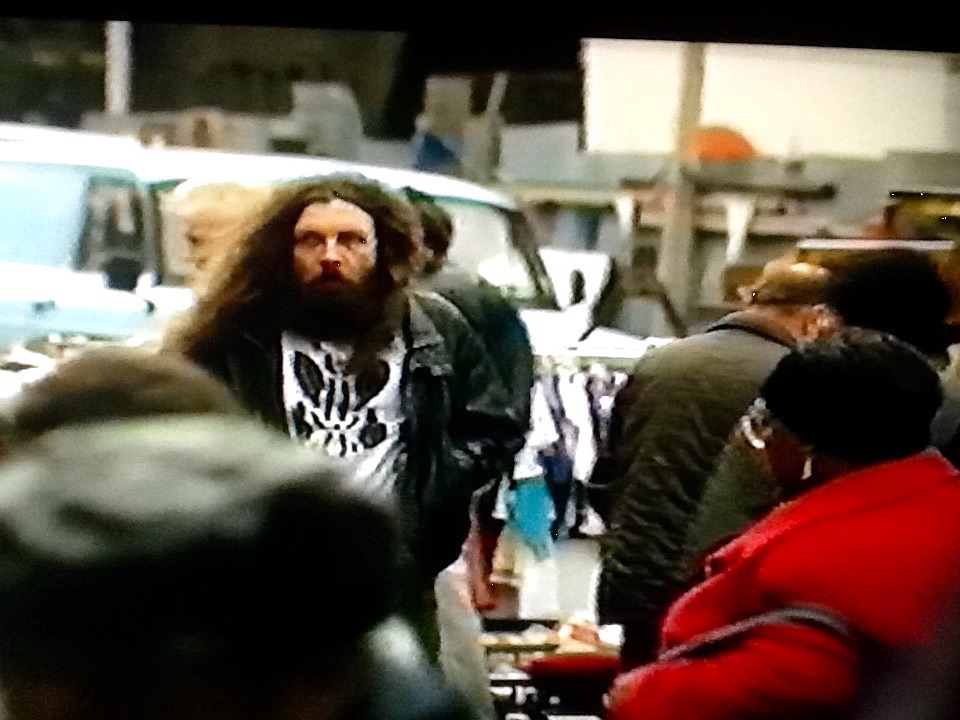 PÓM The Whispering Swarm? No, no. I’m making a note here…

AM: Check it out – and I’d advise perhaps some of you – whoever reads this – to check it out as well. It’s one of Mike’s best books in years. It’s a really strange blend of a Moorcock fantasty writ large, with all of the romance and the wildness and the imagination, and it’s that mixed in with an autobiography, and it’s a very strange mix, and things that you thought at the beginning of the book, ‘Oh, this is a really fantastic, colourful conceit,’ after you’ve read it a bit more you start to think, ‘Oh no, that’s a metaphor, isn’t it? That’s a metaphor that’s about being a writer.’ I wrrote a letter to Mike the other day, just congratulating him, because it’s probably one of the most compelling metaphors for being a writer that I’ve ever read. It’s only the first one of a trilogy. But, no, check that out, because it’s, like, Mike talking about his early days hanging around the fringes of the pulp literary scene in London, when he was editing Tarzan Adventures, when he was working at New Worlds, all these people that he was meeting. Some of them he’s disguised the names, some of them he hasn’t. Ted Carnell is still Ted Carnell, but Jim Ballard is now Jack Allard, and Thomas Disch is now Rex Fisch. It’s pretty easy to work them out, and that’s part of the fun. Excellent stuff, and it reminded me of Mike in The Cardinal and the Corpse, which is a – that’s a film which I think is probably going to get more intriguing and significant - 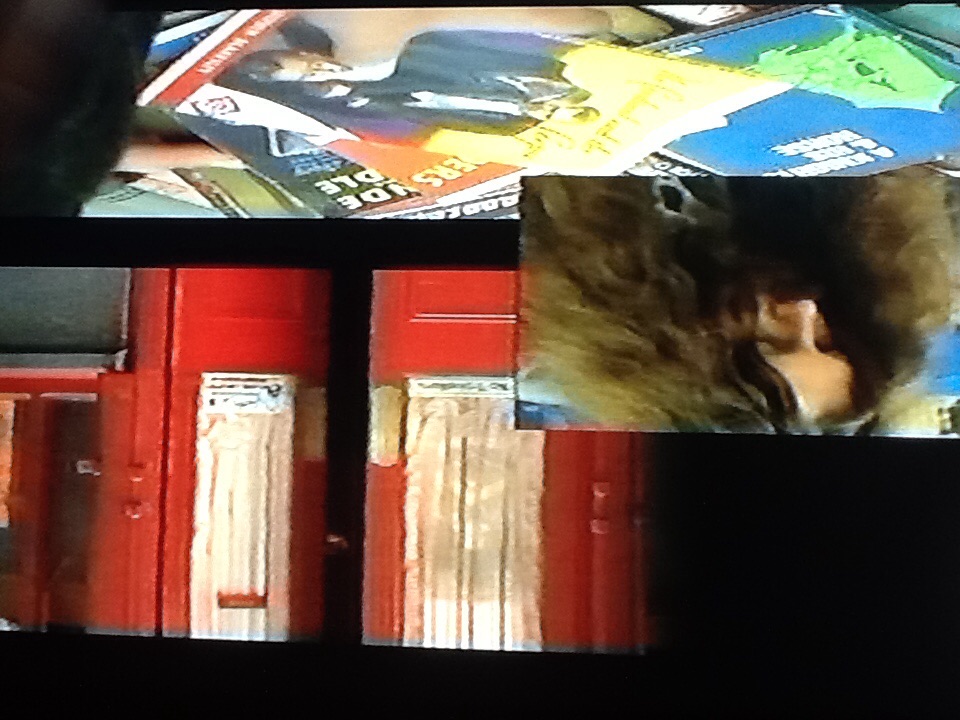 PÓM: I’ve watched it a number of times and the first time I watched it, I had no idea what was going on. I knew who you were, and I knew who Michael Moorcock was, and I knew who nobody else was. And Driffield is the breakthrough character in the thing, who is completely bizarre. But, yeah, look, I’ll send you on a copy of what I have written when it’s published, which will be quite soon.

AM: That would be really good. I was commenting to Iain [Sinclair], because he had that as one of his seventy films for his seventieth birthday, the 70×70 thing that Paul Smith put on, and me and Iain, we did a little introduction to it – I was saying to him, ‘That film, it hasn’t really turned out that many Cardinals, but quite a generous number of corpses.’ Who was there? Manny Litvinoff, he went a couple of years ago, and around about the same time the much younger David Seabrook, he went in strange circumstances – did you hear about that? 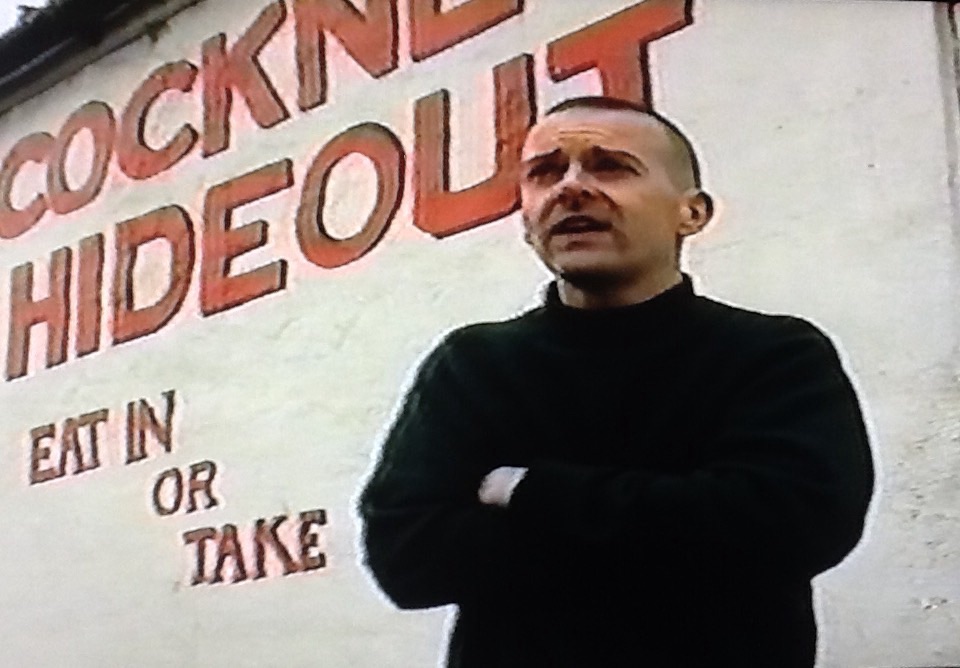 PÓM: No, I don’t know about that – I will say, though, that in researching that, in researching Flann O’Brien, in researching people involved with all of that, I did come across some very unusual stories, and people who died in most peculiar circumstances, myself.

AM: Well, there’s a lot of it, and David Seabrook, he wrote a brilliant book called All the Devils are Here, which is about – it’s a psychogeographical journey around the South Coast. It starts off at Margate, and the Victorian seafront shelter where TS Eliot, recovering from his mental breakdown, wrote the first lines of The Waste Land, and he follows it around all these really fascinating sites, then he did another book called Jack of Jumps, which was all about the Jack the Stripper killings in the early sixties, around – near Mortlake, and stuff with Freddie Mills being involved, and all sorts of weird shadowy rumours. And then, yeah, a couple of years ago, when I was filming Swandown with Stewart Lee, Iain Sinclair and Andrew Kötting, Iain was telling me that apparently David had been researching what happened to The Beatles’ cash. All of the merchandising money that was owed to Brian Epstein’s company for all of those plastic Beatles guitars and Beatles wigs that were sold in America in the early sixties. And apparently it was a very shadowy story – hints of organised crime, things like that. And then, in the middle of it all, David died. And when his relatives went around to his flat, all of his notes – the flat had been visited before, and all of David’s notes had been taken, all the notes pertaining to this Beatles book. 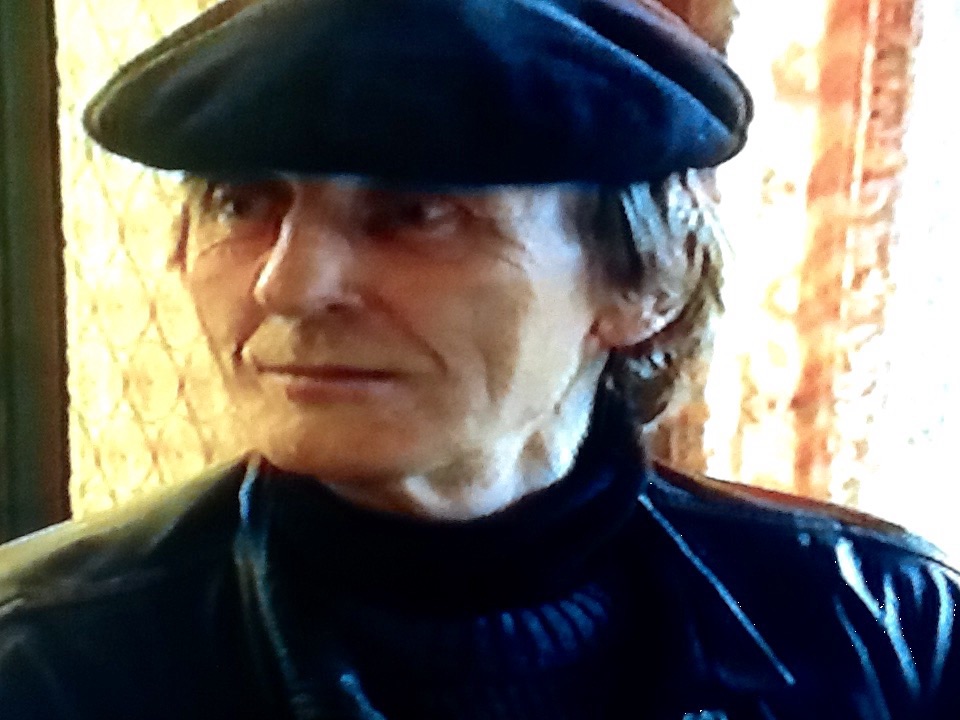 AM: Tony Lambrianou, he’s brown bread. He died a few years after it. He published his autobiography. I’ve got it upstairs – I’ve got a signed one upstairs…

PÓM: Is that In the Firm? Is that the one?

AM: No no. what’s it called? Inside the Firm? Was it In the Firm?

PÓM: Yeah. Something like that. I have a copy inside, as well – not signed, I’m afraid.

AM: I’d got – mine was a publisher’s manuscript edition of it, I got it off Iain Sinclair or Chris Petit, who occasionally flog off their stuff. There were so many threads in that thing – the last time I saw Martin Stone – he’s very well, and I’m sure that he’s still the best blues guitarist in the country – he’s somebody who turns up briefly in The Whispering Swarm. Mike Moorcock walks into a little music shop and sees Jimi Hendrix, Jeff Beck, and Martin Stone, all standing at the counter, having a conversation. 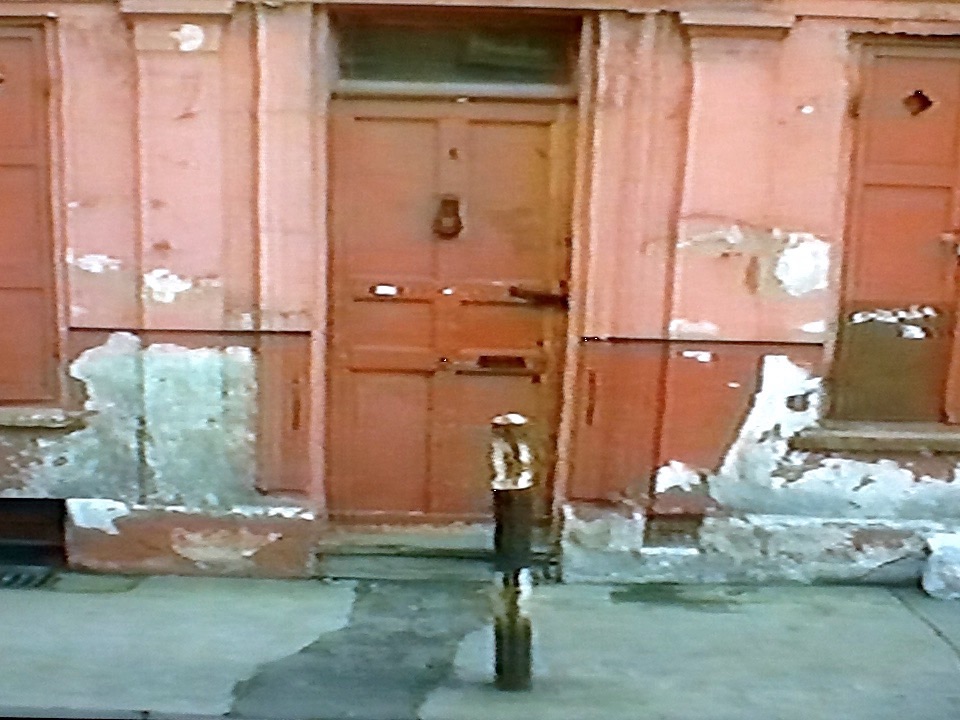 PÓM: And I think I’m going to wrap it up – I must say, when you’re talking about doing Swandown – that’s the thing with the pedalo, isn’t it? With the swan-shaped pedalo?

AM: That is one of the sweetest films I’ve ever seen, and not just because I’m in it. In fact, I think that my contribution is one of the most – the more negligible aspects of it. It’s English poetry. It shows you that there is no landscape that cannot be made poetic with the addition of a big plastic swan. And in fact, since then I also earlier this year – no, last year, last year. Spring or Summer, I went and filmed a bit with Andrew and Iain for their next project, which is called By Our Selves, and it’s all about John Clare, and it’s got Andrew mucking about dressed as a straw bear, and recreating John Clare’s limping walk from Epping Forest and Matthew Arnold’s mental asylum back to Helpston in Northampton. Eighty miles or something, where he was eating grass and hallucinating. Yeah, so Andrew and Iain came up to Northampton, I spent a lovely afternoon sitting pretending to be a version of John Clare. They’ve got Toby Jones doing all the heavy lifting in terms of being John Clare, so that should be – ‘cause he’s an incredible actor…

PÓM: What I was going to say about that is, you do really seem to be having far too much fun, still…

AM: That stuff is the best. Things like that that just come out of the blue. I still enjoy me comics work, I still enjoy the ordinary writing that I do, but – the little surprising things like that, that I’ve not done before, that are a great afternoon out, seeing lovely people, and knowing that it’s going to end up as a really poetic cinematic document, yeah, I am having a lot of fun with that, when it happens. It’s irregular, but charming when it does.

[Pádraig’s essay, The Cardinal & the Corpse: A Flanntasy in Several Parts, is published in gorse no. 3. His longer interview with Alan Moore can be read on The Beat.] 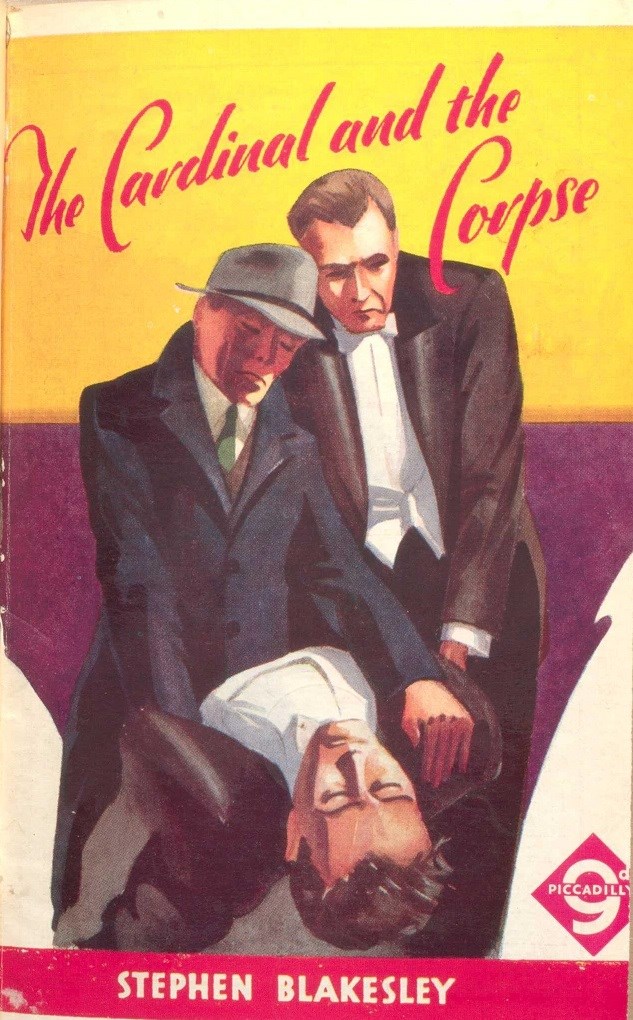 ABOUT THE AUTHOR
Pádraig Ó Méalóid lives in Dublin with his wife and cats. He gets called a comics historian a lot. He knows more about the British comic character Marvelman than anyone else on the planet, and once had a cup of tea made for him by Alan Moore, who he has been interviewing every few years for quite a while now. He has written for numerous publications, including The Beat and Forbidden Planet Blog, and has been killed off in various books by various writers, at his own request.