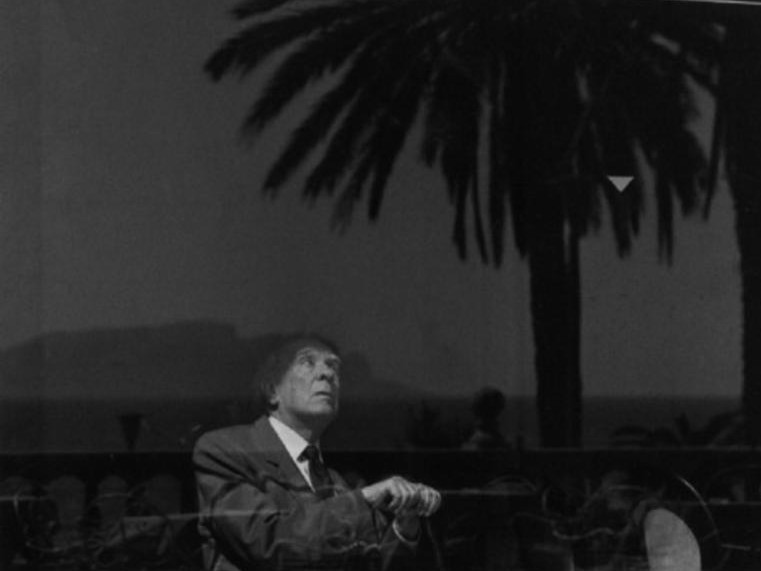 1.1 After a bout of septicemia in 1938, Jorge Luis Borges was afraid his mental integrity had been compromised, that he might never write poetry or essays again. This fear was the genesis of Borges’ first short story, ‘Pierre Menard, Author of the Quixote,’ a story born of the identity crisis of Borges’ delirium.

1.2 ‘[Pierre Menard] did not want to compose another Quixote—which is easy—but the Quixote itself. Needless to say, he never contemplated a mechanical transcription of the original; he did not propose to copy it. His admirable intention was to produce a few pages which would coincide—word for word and line for line—with those of Miguel de Cervantes.’

1.3 ‘Tlön, Uqbar, Orbis Tertius’ by Borges contains the doubly memorable statement, from which I copy the following words: ‘All men, in the vertiginous moment of coitus, are the same man. All men who repeat a line from Shakespeare are William Shakespeare […] The concept of plagiarism does not exist: it has been established that all works are the creation of one author, who is atemporal and anonymous.’

2.1 Borges’ stories are scattered with references to Ireland: in ‘The Shape of the Sword’ the protagonist is from Dungarvan, in ‘An Examination of the Works of Herbert Quain’ the story opens with the line that Quain recently died in Roscommon, and ‘The Theme of the Traitor and the Hero’ is set in Ireland in 1824. Shaw, Berkeley, and Swift were influences on Borges, Wilde (he translated The Happy Prince when he was nine-years-old), Moore, and Joyce, too.

2.2 Borges visited Dublin on Bloomsday, 1982. It was, as Richard Kearney writes, an imaginary landscape he had walked since reading a Sylvia Beach edition of Ulysses. ‘He had experienced Dublin as the exiled Joyce had fictively recreated it—not as a visual presence but as an imaginative absence.’

2.3 While it is tempting to reproduce an interview conducted by Kearney and Seamus Heaney for The Crane Bag in its entirety, Pierre Menard-style, it is sufficient to quote two passages. One: ‘Looking back on my own writings sixty years after my first encounter with Joyce, I must admit that I have always shared Joyce’s fascination with words…my own characters are often no more than excuses to play with words, to enter the fictional world of language.’ The other: ‘I have become famous, it seems to me, in spite of what I’ve written, not because of it. There must be some mistake, I say to myself. Perhaps people mistake me for somebody else, or for some other writer?’ ‘Perhaps it is Borges rather than you who writes your works?’ says Heaney, referring to the parable ‘Borges and I.’

3.1 ‘Nothing is communicable by the art of writing,’ writes Borges in ‘The House of Asterion.’

3.2 Irish artist Katie Holten’s About Trees (Broken Dimanche Press, second printing, 2016), is a book on trees written in trees: ‘Everything is translated into Trees, a new typeface that I made especially for the project. At the core of the book is a Tree alphabet with trees replacing each of the twenty-six letters of the standard English/Latin alphabet.’

3.3 ‘[An] important text appears three times in [About Trees]; at the beginning, middle and end. It’s a sentence from Borges’ short story ‘Funes el memorioso.’ Each iteration is a different translation, so each time you read the sentence it’s the same, but not.’ 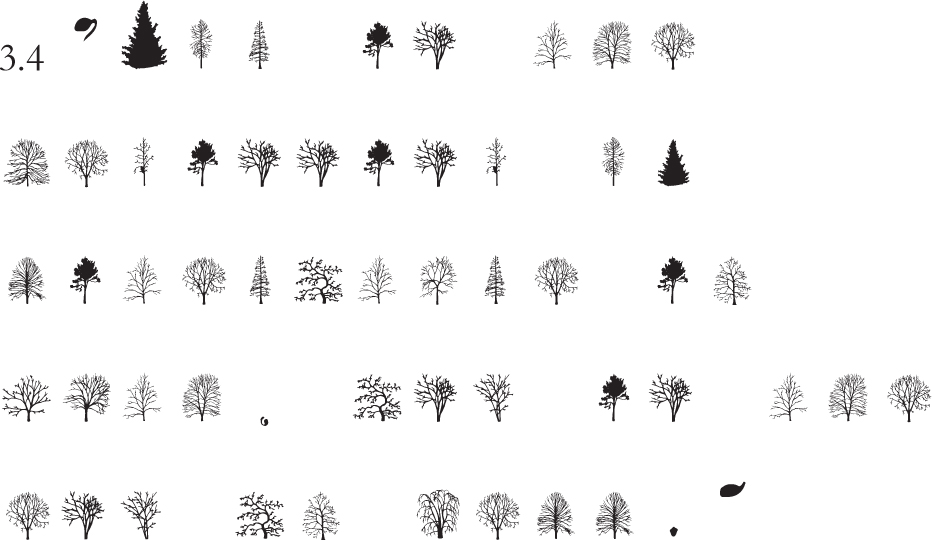 3.5 ‘For in the beginning of literature is myth, and in the end as well.’ Borges, ‘Parable of Cervantes and the Quixote.’